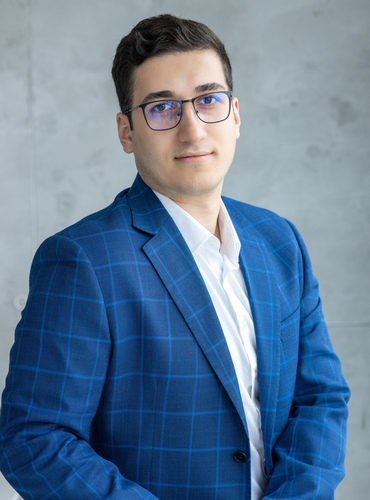 Pavle Stavretović is a legal associate at Zunic Law Belgrade. He is a member of the Belgrade Bar Association and joined the office team in 2022. He is currently under the mentorship of lawyers specializing in corporate law, tax law, IT contracts, and cryptocurrencies.

Pavle Stavretović graduated from the Faculty of Law of the University of Belgrade, as a student of the business-law stream of studies. During his studies, he was awarded annual scholarships by the Ministry of Science, Education and Technological Development for his success, but also the “Dositeja” scholarship of the Fund for Young Talents of the Republic of Serbia for the best undergraduate students. He is also the holder of four annual awards from the Faculty of Law for the best students and has won second place in the competition for the award “Gaša Knežević” for the best student papers in the field of alternative dispute resolution. He was part of the University of Belgrade’s Law school team at the 28th International Commercial Arbitration Moot, better known as Willem C. Vis International Commercial Arbitration Moot in 2020/2021.

During his studies, he attended several additional national and international courses and training programs, some of which are the Summer School of International Trade Law (Zurich), the international law course organized by the University of Pittsburgh Law School, and others. He is a member of the Serbian Arbitration Association, Young ICCA, and Moot Alumni Association. During his studies, he performed several internships in law offices and one of the “big four” consultant agencies. Before starting his law studies in Belgrade, he lived in Austria for two years, where he studied law at the University of Vienna. He is fluent in English, German, and Serbian.