ESOP – a Chance to Make Your Best Employees Your Partners 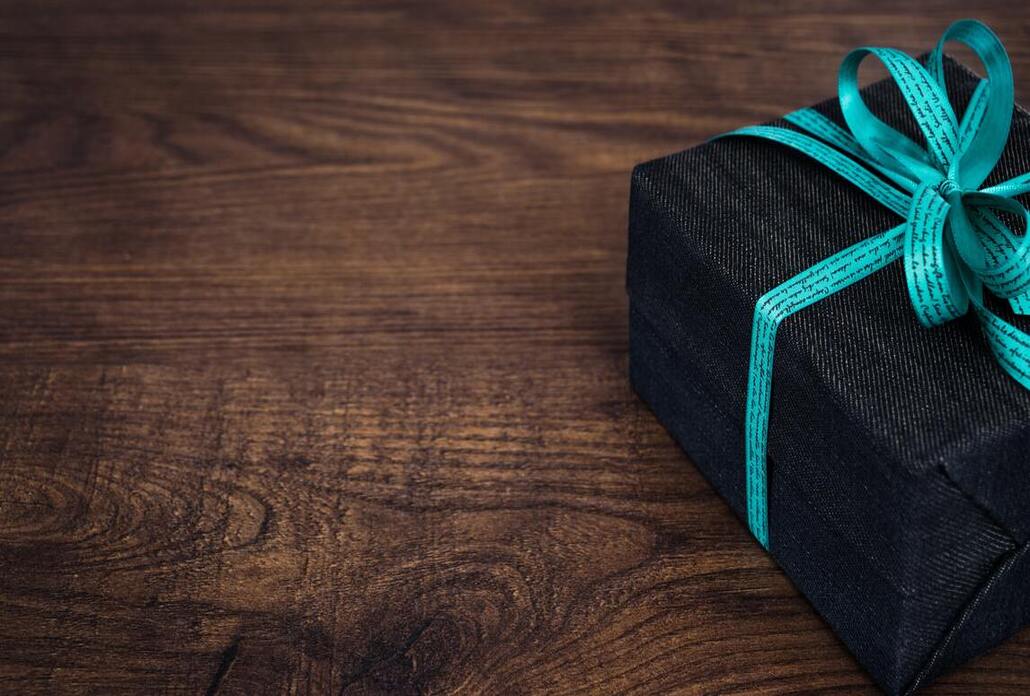 ’’Everyone talks about building a relationship with your customer. I think you build one with your employees first’’

According to Angela Ahrendts, the VP of Apple, this is what the main focus of companies should be.

There is no doubt that motivated and capable associates and employees are the essence of every business. During the dot-com revolution in the late 90s among startups and companies in the USA (especially in the IT industry) it became common for employers to offer their employees the possibility to get the companies ‘ share. In this way employees, management and consultants got a chance to become partners with the company’s founders and owners.

Specifically, almost 6,500 companies in the USA have an Employee Stock Ownership Plan (hereinafter: ESOP) and about 14 million American employees are part of the ESOP system.[1]

What is this really about? ESOP (similar to “stock options” in the US practice) is used as a term for an arrangement in which an employee of a company may acquire the shares of the company, under certain conditions. In practice, this broad concept can have different forms, from simple acquisition of shares to highly structured plans.

With the accelerating development of the IT industry, and especially with the strengthening of startups, a need for ESOP has emerged in Serbia as well. Still, the appropriate legal framework initially was not created. Same as before, the legal system once again, hindered the functioning of companies and contemporary development.

However, in April 2020, the amendments to the Companies Act (hereinafter: CA) came into force, and Serbia became one of the countries where companies offer their employees and other partners the option to become a shareholder under preferential conditions after a certain set deadline.

In the conditions of the economic crisis, when possibilities for other benefits (such as bonuses) are reduced, this option could be the savior of your company.

How to Provide Employees with the Possibility to Acquire the Shares? 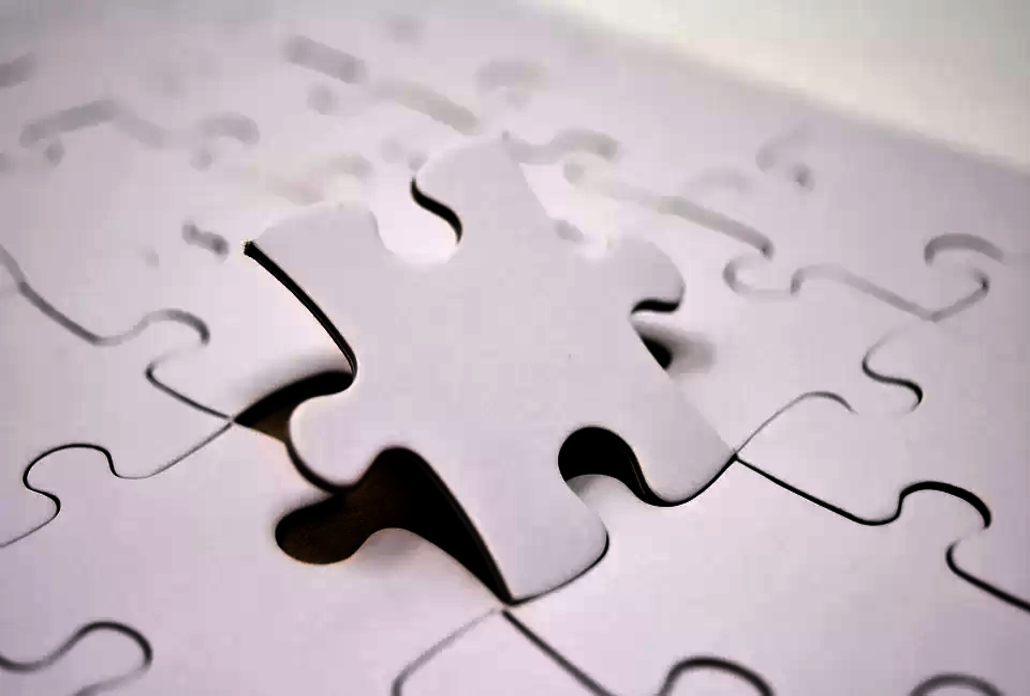 If you consider that this kind of employee incentive would work for your Company, it is crucial that you enforce the entire procedure in accordance with the law.

Specifically, the CA defines in detail the procedure for providing employees with the possibility to participate in ESOP and we will try to explain the key terminology and steps for implementation of this plan.

Afterward, the company can take the next step and issue the financial instruments –so-called rights to acquire shares (hereinafter: RAS). RAS is issued based on the Decision on Issuance of the Financial Instrument – the Right to Acquire Shares, which should be registered with the Central Securities Depositary and Clearing House (hereinafter: CSDCH).

The right to acquire shares i.e. RAS is a non-transferable financial instrument which, for example, allows an employee to acquire a certain percentage of company’s shares on a certain day at a certain price, without the possibility of the other members of the company using their pre-emptive rights to purchase shares. The price at which, based on the PSU, employees will be able to acquire shares, can be symbolic and amount to 1 dinar. 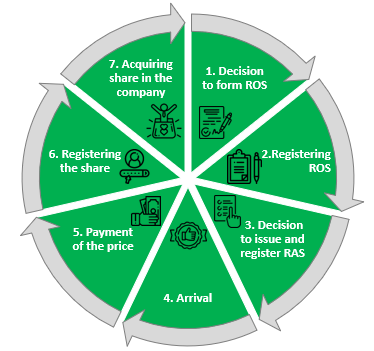 Watch Out for This!

Besides the complex procedure, CA prescribes a number of specifications of this action and the treatment of ROS, i.e. RAS.

Namely, in comparison to common shares, i.e. the common regime in which you have the freedom to pledge and sell shares, ROS cannot be pledged or sold.

Also, in order to establish ROS, the company does not have to increase the primary capital, because the ROS will be established from the already entered/paid capital.

If your company has two members with paid shares of 50% each, ROS will be formed from the already existing shares of your members, so ROS will amount to, for example, 20%, while your existing members will have 40% shares left in the capital of the company. From the 20% of ROS will be issued to RAS (for example, 20 financial instruments from which each contains a right to acquire 1% of shares in reserved owned shares, in which there are no limitations that one entity can acquire multiple financial instruments) under which owners of RAS can on a particular day purchase shares for a specific price. It must be noted that members of the company do not have a right to remuneration from the company for the shares which were transferred to the company in the name of ROS acquisition.

Another particularity is the possibility that a single-member company can acquire ROS. Therefore, even if your company has only one member, you still have a right to choose this option after which the final result will lead to creating a company with multiple members.
Additionally, it is also important to note that it is possibile to create multiple ROSs which do not merge into one share, but rather different ROSs exist, with a restriction of the maximum percentage of shares of all ROSs in primary capital of the company which cannot exceed 40%. 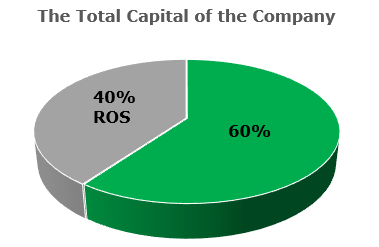 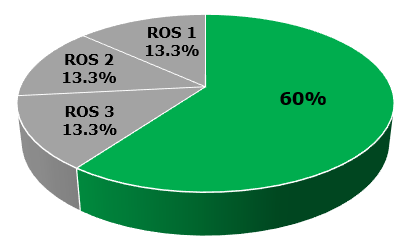 One of the benefits provided by the CA is that there is no deadline by which all registered ROSs must issue RASs, by which a possibility was given to the company to adapt the issuance to their specific needs. A completely realistic situation is one in which the company has quit the idea to issue financial instruments to create ROS. In that case, ROS from which the company hasn’t issued financial instruments can divide into more, new ROSs or it can be canceled.

When it comes to the entities which can acquire RAS, the CA does not prescribe any limits that the entity must be your employee; it could be any entity outside of your company – external associates, business partners, friends, or completely unknown entities. Also, the holder of RAS can be any domestic as well as foreign natural or legal entity. Certainly, it is necessary to sort the relationship with the holder of RAS by an appropriate written agreement by which the conditions of share acquisition will be regulated.

Something that should be noted is that RAS is bound to the owner of rights. In other words, RAS cannot be pledged nor inherited. For example, if you as the owner of rights of RAS have appointed your employee John Doe, that employee cannot pledge RAS.

The Advantages (and Drawbacks) 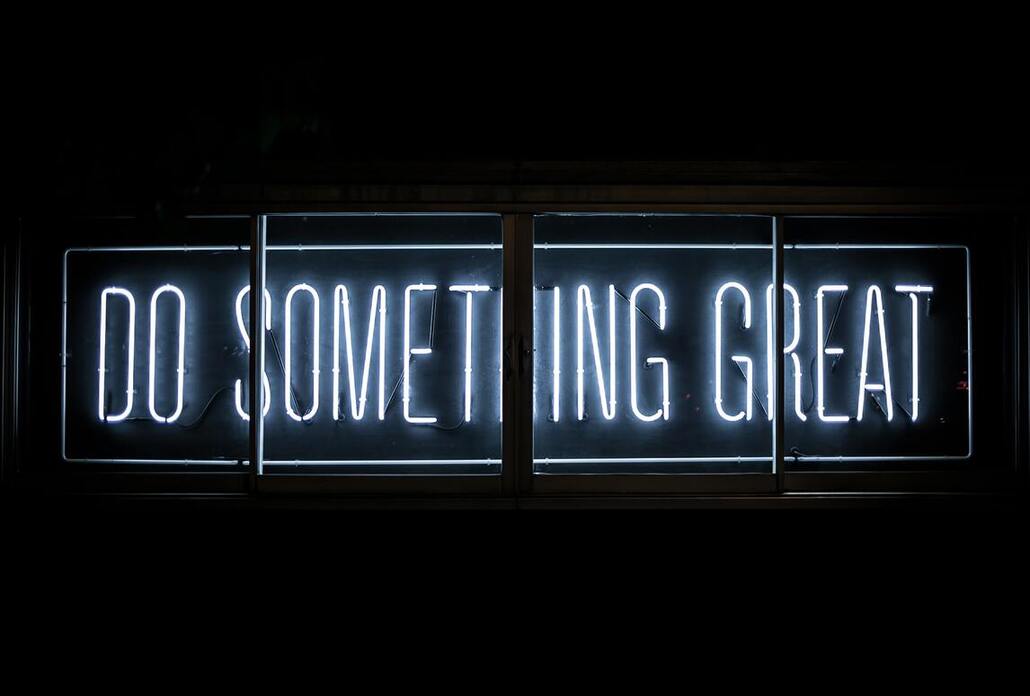 The primary advantage of this system is that it is designed in a way that increases the hard work and interest of employees to achieve the best results for the company.

Namely, additional stimulation for employees is that once they become the shareholder, they will have the possibility to sell their shares or participate in company profit, which may lead to additional financial benefits.

Also, employees who own shares in the company have an interest to stay in that company, which would certainly lower the possibility of employees leaving your company. This is important, especially for the IT sector in which companies fight to stop the loss of the best teams, so this mechanism can be extremely beneficial.

On the other hand, from a strictly commercial point of view, someone could argue that the main “lack” of this model is the price by which the employees will have the right to purchase a share. This price could be drastically lower than the market price at the time of the acquisition, which reduces the amount of compensation from the future value of the company. In other words, at that moment when you issue RAS, you can arrange with the employees that on May 2023, they will have the right to acquire a part of shares of the company for EUR 50. A realistic scenario is that that exact share is worth EUR 500 on that same day, however, the employee will have a right to purchase that share at a preferential price.

Nevertheless, this can rather be seen as an investment in employees and, if Apple’s VP is to be believed, probably the best one a company can do.

It is certainly very important to consider in detail whether reserving shares is a smart move for your company and make an all-encompassing financial and strategic analysis of your business in order to make the right decision. Besides that, you have to take care specifically about the tax aspect of this mechanism, since there is a disparate tax treatment depending on the specific model which you choose.

Nevertheless, it is important to note that although the whole mechanism appears complicated because of the new terminology and complex procedures, with the help of professionals, you can easily come to a win-win situation.

As an employer, you will get employees who are motivated, and as an employee, you will have the possibility to gain profit by investing a small amount.

Personal Data Transfer to the US – Was 2020 a Turning Point?