TAX TREATMENT OF THE FREELANCERS IN SERBIA 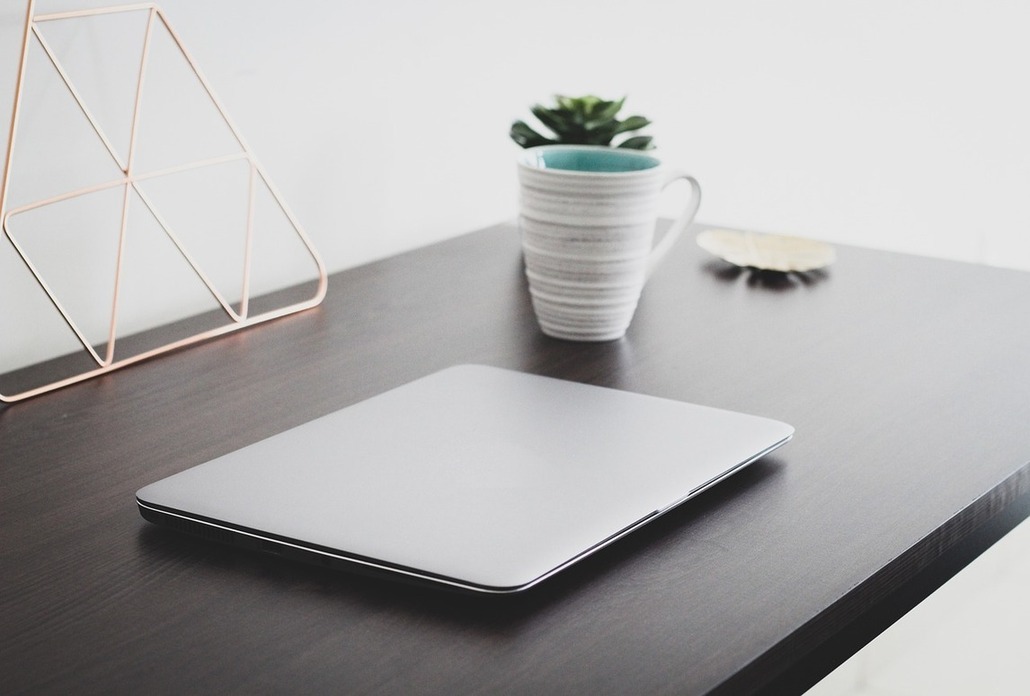 Let’s, just for a second, take a look at a few years back; it can be easily noted that, when it comes to the tax treatment of freelancers in Serbia, the year 2020 was the most significant turning point. For those of you who weren’t actively following the course of the event, let’s recap: around the mid-October of that year, the Tax Administration issued a statement – warning directed at all natural persons – taxpayers in the Republic of Serbia who receive a salary or other income from abroad to file their taxes and therefore fulfill their legal obligation of self-initiatively taxation of the income that does not originate from Serbia.

This unexpected “invitation” has been a surprise for many of those to whom it was directed, and it was followed by a backlash from the public. With this gesture, not only did the Tax Administration openly draw the taxpayers’ attention to their obligations but has also explicitly indicated that certain individuals who do not adhere to these rules have already been identified.

According to the initial allegations of the Tax Administration, such a result arose from the conducted comparison of the transactions made from abroad to the foreign exchange accounts of natural persons in Serbia and the reports on the submitted tax returns of the taxes calculated and paid by the self-assessment, as well as of the contributions based on salary and other income. The conclusion that the described analysis led to is that the legal obligation of a self-taxation has been subject to a large number of violations by freelancers and other natural persons engaged by foreign employers and clients, which was the main trigger of the Tax Administration’s intervention.

Although at a first glance, it appears that the obligation to pay the taxes and contributions for the salary or other income from abroad has always been a generally known fact, everything previously described creates the impression that a certain number of taxpayers were not aware of this obligation of theirs, whereas the ones who were aware weren’t sure how to calculate the exact amount that needs to be paid. Consequently, we have had the opportunity to encounter the practical realization of the famous legal principle stating that the “ignorance of the law excuses not”, given that the majority of freelancers have been confronted with the obligation to retroactively pay significant amounts of taxes to the government.

The previously described events led to numerous protests by freelancers, as well as negotiations with state authorities; moreover, the Association of Internet Workers was established to negotiate with the Government, as well as for the general protection of the rights of the so-called digital workers. Despite multiple amendments to the Law on Personal Income Tax following October 2020, the tax status of freelancers in Serbia from the aspect of labor law and tax law is still not definitively regulated, and it is projected that the adoption of a special law regulating their status would be the only adequate and complete solution. Such a solution would include defining the forms of work via the internet and the formal regulation of the freelancers’ business activities, setting the criteria for the calculation of the taxes and contributions, as well as the issues such as sick leave and other absences.

Therefore, the period ahead of us shall bring some significant novelties. Until that happens, we will focus on the current regulations and probably the most important question for the majority of freelancers – what does the current taxation regime look like?

Who Is Obliged to Pay the Taxes?

The first question that arises regarding the taxation of citizens’ income is who falls under a category of a taxpayer. In other words, who falls under the freelancers’ category?

The relevant provisions of the Personal Income Tax Law (hereinafter: the Law) stipulates who is considered a taxpayer, as well as the tax resident:

Therefore, the mere fact that:

shall be a trigger motivating you to do research and detect the tax obligations applicable to your income.

In addition, it is highly important to notice that the foreign citizen can also be considered a tax resident of Serbia if the conditions of one of the criteria listed above are fulfilled. Particularly, this is relevant having in mind the noticeable number of foreigners who have been seconded to work in Serbia by their native foreign company, who have come to Serbia for employment in the domestic companies or for starting their own business here.

Which Income is Subject to Tax?

It seems that there are no unclarities when it comes to the income originating from Serbia; however, the tax treatment of the income coming from abroad is usually debatable.

For tax obligation to arise, it is required that a resident-natural person earns an income from abroad that is subject to taxation in accordance with the Law, such as:

B) salary or another type of income generated:

So, in case you have rented your apartment on Airbnb or you are providing English lessons to foreigners online and consequently received a certain income, there is a possibility that certain tax liability of yours arose. Whether that is true, and if positive, what are your obligations – that needs to be determined in each case, since it depends on several factors such as who is making the payment and whether you are insured in Serbia on some other basis.

To clarify which persons fall under the category of taxpayers, the Tax Administration has, in the previously mentioned statement, provided some examples. The taxpayer can be a person engaged in activities such as:

A significant prejudice must be broken at this place. From the tax perspective, it is irrelevant how you received the payment – via foreign payment methods, such as Skrill, Payoneer, Neteller, PayPal, your foreign exchange bank account, or any other payment method.

Therefore, if you were wondering whether certain persons can be exempt from their tax obligations arising from the compensation received from abroad, solely because the money has not been deposited to their bank account but instead, for example, to their PayPal account, the answer is very short: no. Any payment received from the foreign country (if other conditions explained in this text are fulfilled) is treated equally, regardless of the “route” that it has taken to arrive in Serbia.

So, What are the Action Steps?

According to the general rule, residents of the Republic of Serbia (defined above in the text), who receive salary or other income from abroad, are obliged to self-initiatively calculate and pay taxes and contributions for such received income.

Taxpayers – natural persons are obliged to file tax returns within 30 days from the day of each separate realized income by filling out the “PP OPO Form”, electronically, in person, or via regular mail delivery to the competent Tax Administration’s organizational unit.

Besides the obligation to file for tax within the given deadline, after every single transaction, one must file a separate tax return: i.e. the number of payments shall match the number of tax returns filed.

Which Factors Affect the Amount of the Tax Obligation?

The tax base, tax rate, as well as the obligation in terms of the contributions may differ depending on whether in Serbia you are:

Additionally, the obligation to pay contributions shall depend on whether the compensation you receive is determined in the gross or net amount, as well as on whether there is a Double Tax Treaty with the respective country from which the payment was made.

In other words, if you are employed in Serbia and teach a paid English course to foreigners on the weekends, your tax obligation may differ significantly in comparison to the obligation of your friend who is not employed or otherwise engaged in Serbia, but exclusively provides the software development services to the foreign client as a sole entrepreneur. In the described example, it would, anyhow, be good if you would suggest to your friend to obtain some additional information regarding the independence test.

Furthermore, if the compensation you receive falls under the legal definition of a copyright fee, you may have the right to the recognition of certain expenses up to the amount of 34%, 43%, or 50%, depending on the type of the copyrighted work you create. The expenses listed are deducted from the tax base and are not subject to taxation.

This can be the case when you provide the right to use your software to a foreign client or you authorize the foreign publishing company to publish your text in their magazine.

Is there a Statute of Limitations to Determining and Claiming Taxes?

In short: yes. The right of the Tax Administration to determine and claim taxes and additional taxes has a statute of limitations of 5 years from the date when the statute of limitations commences. “Ancillary tax payments” include additional costs related to the determination and collection of taxes, such as interest on due and unpaid tax amounts or the costs of the compulsory tax collection procedure.

It shall be noted that the moment when the statute of limitations commences may differ when it comes to, on one hand, the determination of taxes and ancillary tax payments, and, on the other hand, the collection of those amounts itself.

What Are the Consequences?

In case you fail to file and calculate taxes, you shall be held responsible for misdemeanor and the criminal offense, which may bear different consequences.

Additionally, to avoid paying taxes, you cover up the correct or provide incorrect information relevant to determining your tax liability, or if you fail to file a tax return, all in respect of the tax that exceeds the amount of RSD 1,000,000, you may be held criminally liable, as well. In that case, besides the fine, you may face a prison sentence duration of up to 10 years.

Even though paying taxes is inevitable for every business subject, it seems that the solutions proposed (and implemented) so far regarding the taxation of freelancers have not yet reached a satisfactory level. According to certain opinions, the current, still insufficiently regulated situation regarding the issue in point significantly reduces the competitiveness of the domestic IT industry in the international market. Considering the announced new legal framework for solving the status of freelancers, it is evident that the time is right for more serious reforms of the domestic regulations in the direction of establishing a more just and efficient tax system.

If you are impatiently waiting for the announced novelties, it may also be useful to consider whether it is more beneficial to remain a freelancer or to change a business model by registering your business and establishing a company.

Checklist of Tax Incentives for Companies in Serbia – Don’t Give Away Your...

Zunic Law Firm Held a Webinar “The Most Common Mistakes of Employers in the... Scroll to top