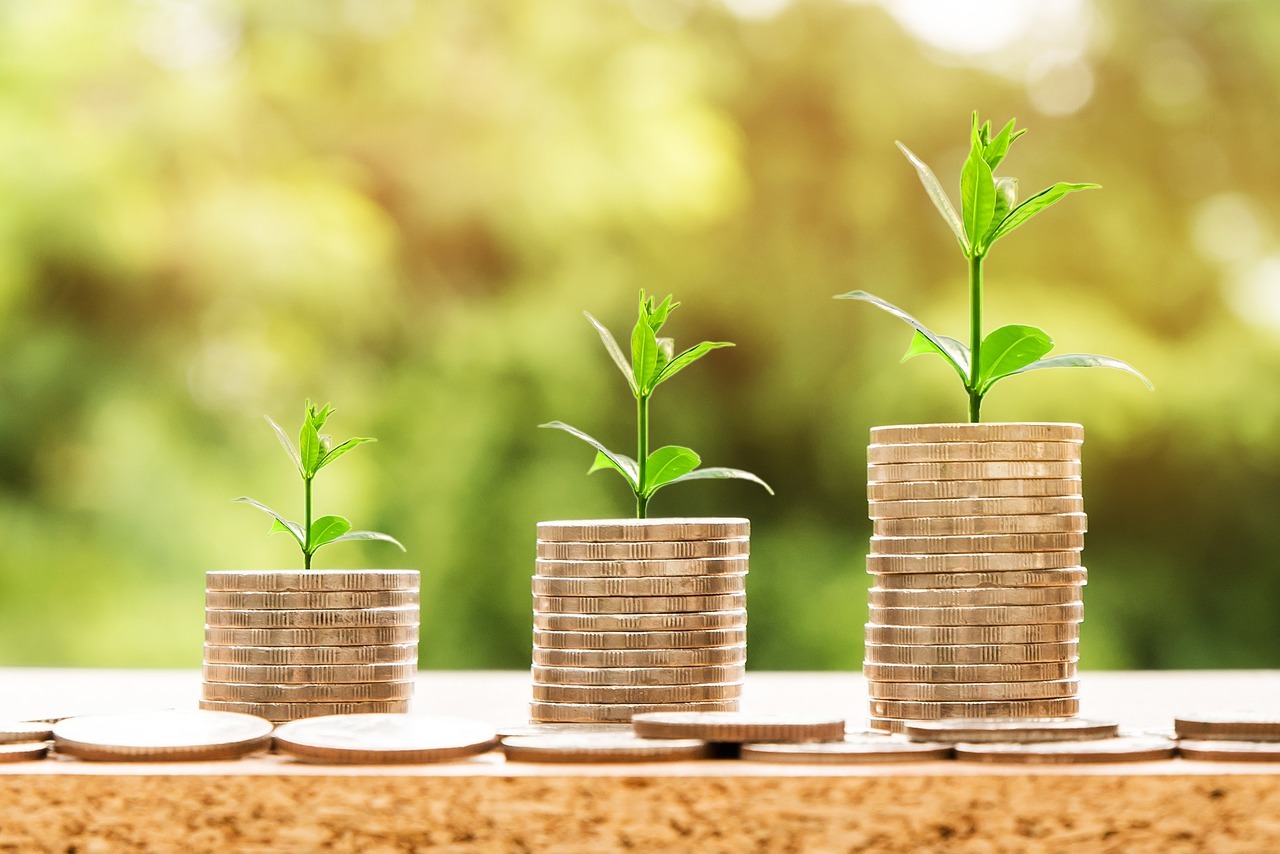 The amendments from 2018 aim to improve the conditions in which business entities conduct their business in the Republic of Serbia (further: “the RS”), to overcome deficiencies in the Company law which have been present so far, as well as to harmonize Serbian legal system with the EU legal system.

Considering the multitude of novelties that the amendments from 2018 introduced, we focused on the ones that we find to be the most significant. We described the amendments starting from the essential provisions of the Company law, through the rules of business of companies, to the norms on companies’ termination.

Companies, entrepreneurs, branches and representative offices of foreign companies in the RS, formed after October 1, 2018, are obliged to register their e-mail address before the Agency for Business Registers (hereinafter: “The Agency”). The Agency performs this kind of registration free of charge.

As with the e-mail address registration, the companies which have formed their branches by September 30, 2018, need to register them by June 9, 2019. On the other hand, every branch that is formed starting from October 1, 2018, have to be registered in accordance with the Law on registration procedure before the Agency.

LIMITATIONS WITH THE COMPANY BUSINESS NAME

The amendments from 2018 further works out the existing limitations of the use of national and formal names and signs in the company’s business name. Namely, if previous approval is sought and granted, the company’s business name may contain the word “Serbia”, as well as the name of part of its territory or the name of its autonomous province. In addition, it may contain these words’ derivatives, all of the forms which remind of these words, as well as the internationally accepted sign of the RS (“SRB”). Previous approval of competent authority is needed for this, as well.

USE OF COMPANY SEAL 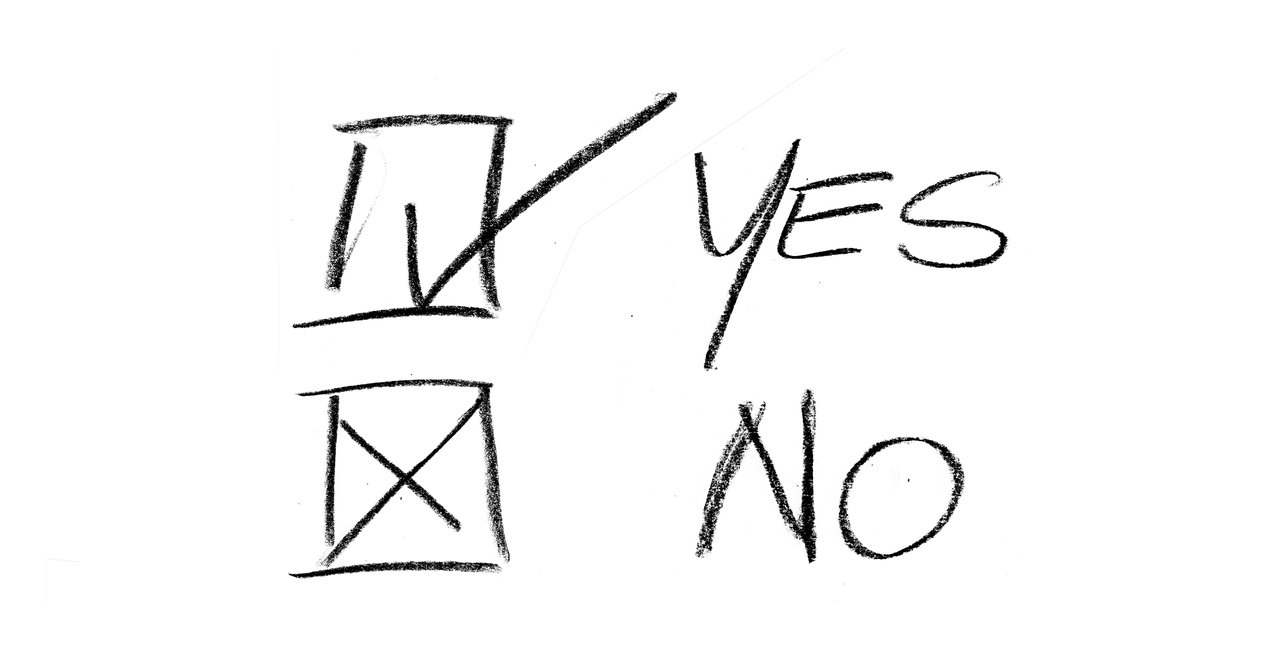 In accordance with the provisions of the Company law which was in force before the amendments from 2018, companies were not obliged to use seals, unless specific laws stipulated otherwise. The amendments from 2018 go even further in this regard, stating that specific laws are not allowed to force companies to use seals. Moreover, it abolishes the use of the seal in 117 existing laws.

By prescribing a lower minimum for exercising certain rights, the amendments from 2018 improves the position of minor shareholders of LLC. In order to organize a session of the company’s assembly, its members with at least 10% of the total number of votes (in comparison with the 20% so far) have to file a written request to the company. Furthermore, in order to introduce new points of discussion to the agenda of the assembly’s session, its members with at least 5% of the company’s shares (unlike 10% so far) need to file a written notification to the company. The company’s founding act may reduce these minimums even further.

Moreover, it is no longer possible to deprive a member of LLC of its right to vote by using the company’s founding act, regardless of the amount of its share.

TIME LIMIT FOR THE PAYMENT OF DIVIDEND

Speaking of the stock company, this legal entity may adopt a decision on profit division during the regular session of its assembly, in which case the company pays the dividend to its shareholders. The amendments from 2018 stipulated that this decision needs to state the time limit for this payment, along with the amount of dividend. The time limit may not be longer that 6 months as of the date of the adoption of the aforementioned decision.

The amendments from 2018 introduced a special procedure which precedes the approval by the company of legal actions involving the personal interest of persons with special obligations towards the company (a shareholder of LLC/stock company with significant share, a major shareholder of LLC/stock company, Managing Directors, a liquidation manager…). This procedure applies when the amount of legal action amounts to or exceeds 10% of the total amount of the company’s assets.

Moreover, limited liability companies and stock companies are obliged to post this report on their websites and on the Agency’s website. It will contain the detailed description of the legal action in question, as well as all of the relevant facts regarding the nature and the scope of personal interest. Finally, these companies have to post this report in the period of 15 days as of the date of the occurrence of the legal action in question. 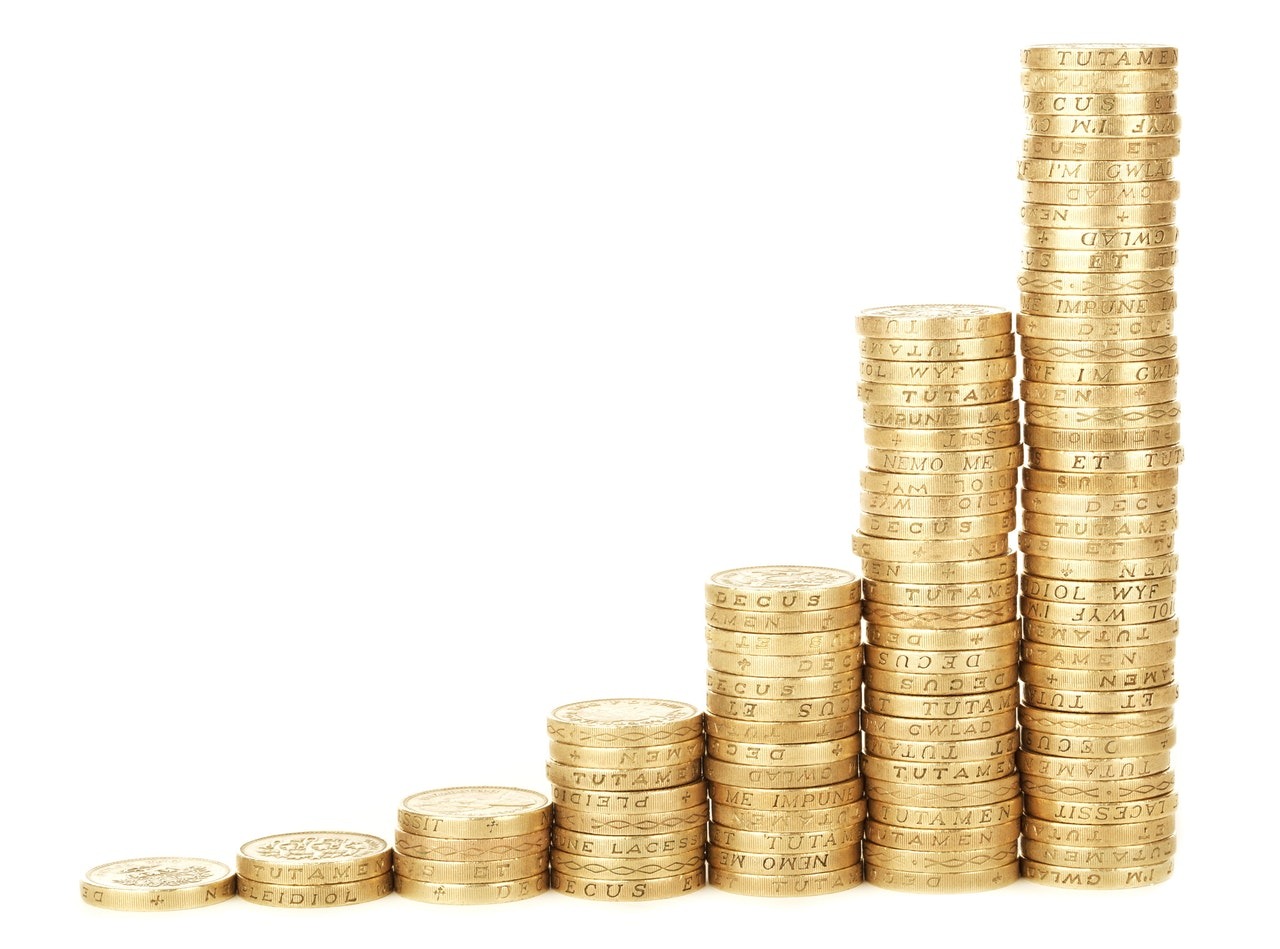 The share capital may be reduced due to the following:

1. To cover the losses suffered by the company

2. To create or increase the company’s reserves for the covering of future losses or for the share capital’s increase from the company’s net asset value

3. In the case of relieving a company’s member of its obligation to pay in/bring in its stake

4. In the case of withdrawal and annulment of company’s shares

5. In the case of disposing of the company’s own shares

The Decision must be registered before the Agency in the period of up to three months as of the date of its adoption. If not, the Decision is null and void. The company’s share capital will be reduced from the day the Decision is registered.

The protection of the creditors

The compulsory part of the Decision on share capital’s reduction is the invitation to the company’s creditors to report the debts which the company owes to them. This is done so that they may be secured, all under the condition that the Company law’s provisions on the creditor’s protection are applicable to the share capital’s reduction in the given case. Therefore, these rules are inapplicable if there are any of the exceptions to the applicability of these rules.

If the protective norms apply, the Decision will be published in the Registry of business subjects (which is managed by the Agency) in the duration of three months from the date of the Decision’s registration.

As for the debts which occurred before the expiration of this 30-day period and regardless of the moment when they became/have become due, the following applies:

The creditors may submit a written request to the company in order to secure the debts which the company owes to them. This may be done until the expiration of the period until which the Decision remains published. If the company does not act in accordance with their request or pays the debts which it owes to them, the creditors may file a lawsuit against the company. The lawsuit can be filed in the further period of one month with the aim to secure the debts. The prerequisite for filing the lawsuit is that the settlement of these debts is threatened by the share capital’s reduction. The creditors are required to send a written notification to the company in relation with this.

In addition, the company may make payments to its members only after the 30-day period as of the date of the Decision’s registration has expired. This is another norm aimed at protecting the company’s creditors.

MANDATORY LIQUIDATION OF THE COMPANY

The amendments from 2018 aimed also to help the companies with certain difficulties to overcome those difficulties. Namely, before the initiation of the procedure of the company’s compulsory liquidation, the Agency’s registrar is required to publish on the Agency’s website the notification about the company regarding which all of the conditions for compulsory liquidation are fulfilled. This notification serves as an invitation to the company to resolve the issues regarding which the notification has been published, as well as to register the appropriate information with the Agency, after the resolution of those issues. All of this should be done in the period of 90 days as of the date when the notification was published. 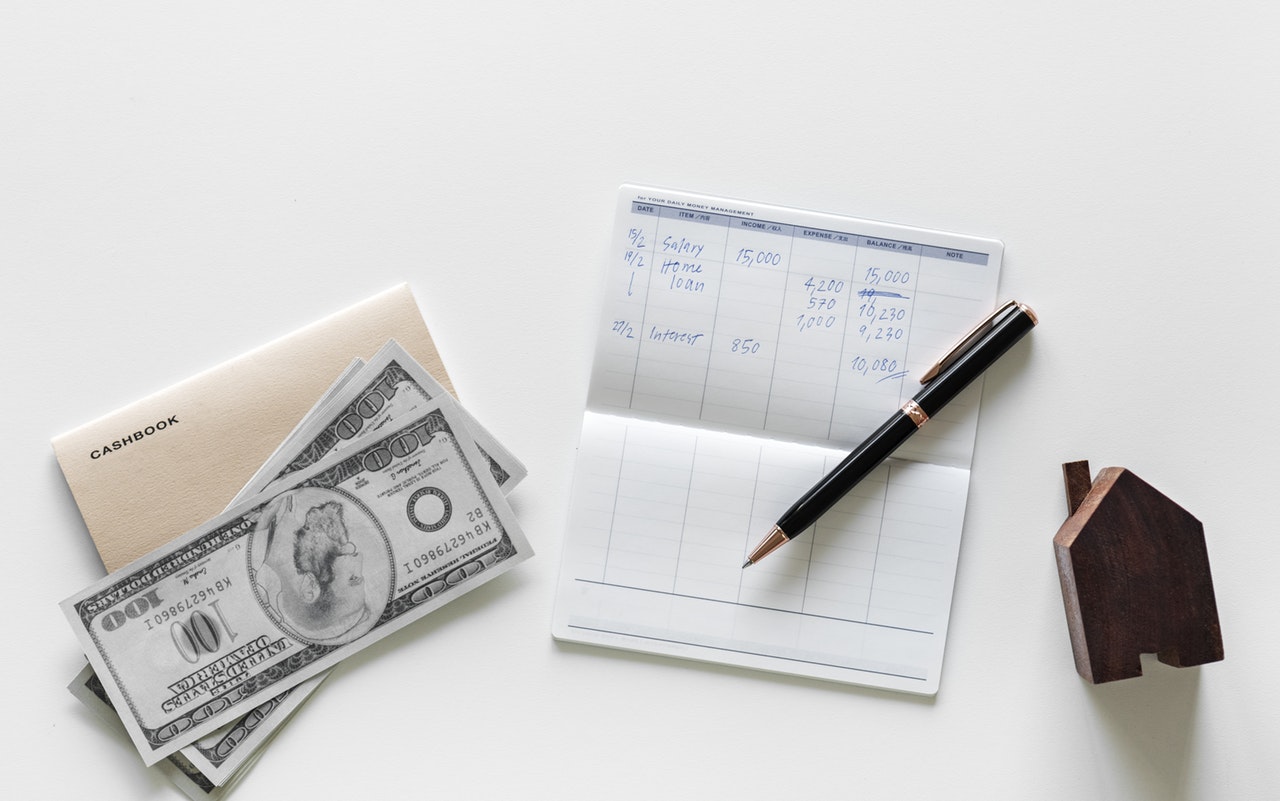 The amendments from 2018 introduced the definition of connected acquisition/disposal of the high-value assets in a one-year period which is treated the same as one acquisition/disposal of the high-value assets. Several legal actions are considered to be connected if they are performed for the same purpose, or as a result of the legal action’s nature for the performance of which they are conducted. The legal actions need to be conducted within a one-year period.

THE LEGAL ENTITIES FROM THE EU LAW

The European stock company (Societas Europea – “SE”) is formed in the legal form of the stock company whose share capital is divided into stocks, which are in possession of one or more of the company’s shareholders. The shareholders are not liable for the company’s obligations, except if the company’s veil is pierced. This description is very similar with the manner in which the stock company is already regulated in the Company Law. However, the essential difference concerns the foreign component linking the company to the state parties’ territory. Namely, the Law provides for several complex ways of the SE formation and all of those include the foreign component.

At least two companies, entrepreneurs or other legal or natural persons which conduct agricultural or other business activity may form the European Economic Business Group, which has the status of a legal person. At least one of the aforementioned subjects is registered in the Serbian territory, while the other one is registered in the state party’s territory. This legal form is completely new in the Serbian legal system. Its goal is to improve the realization and representation of the economic interests of the group’s members.