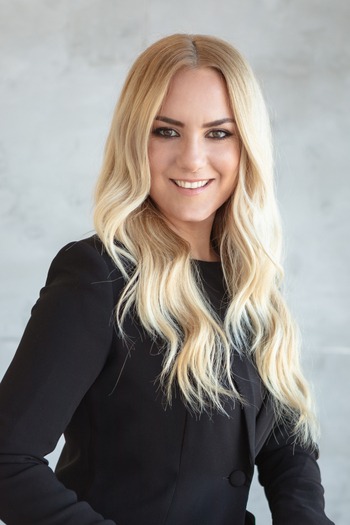 Tijana Žunić Marić is an Attorney at Law and a Partner at Zunic Law Firm in Novi Sad. She is a member of the Bar Association of Vojvodina.

Tijana specialized in Information Technology Law and Data Protection Law while studying at the University of Cambridge and while working at leading London barristers’ chambers: Brick Court, Monckton Chambers, and South Square, by shadowing some of the prominent English barristers. Apart from IT Law and Data Protection, her expertise includes Intellectual Property Law and Labor & Employment Law.

Her client list includes multinational IT companies with a presence in Serbia, as well as some of the largest national IT companies which have become leaders on the global market in their sector. Apart from the technology companies, she advises companies committed to digitalization, with a particular focus on e-commerce.

As an attorney cooperating with the NGO “Pištaljka” in the field of whistle-blower protection, she has advised and participated in several whistle-blowers’ cases known to the public and the media. Likewise, as Zunic Law Firm has an outstanding record in Labor & Employment class actions, she had a leading role in defending clients in hundreds of workplace-related disputes. In one of the disputes that raised public interest, Zunic Law Firm had major success in proving that Nis Gazprom Neft had forced void provisions against employees, as well as that the same company has unlawfully profited from its employees regarding 2011 annual bonuses.

Tijana is a regular guest writer to renowned legal platforms such as OneTrust DataGuidance (on the topic of monitoring of employees), SCL (on various topics in the field of IT Law), and IAPP (on the topic of personal data protection).

From 2015 to 2018 Tijana Žunić Marić held the position of the Secretary-General of the Belgrade Arbitration Center (BAC), a permanent arbitral institution that administers domestic and foreign disputes which is within the auspices of the Serbian Arbitration Association.