TRADEMARK REGISTRATION – EVERYTHING YOU WANTED TO KNOW, BUT COULDN’T ASK 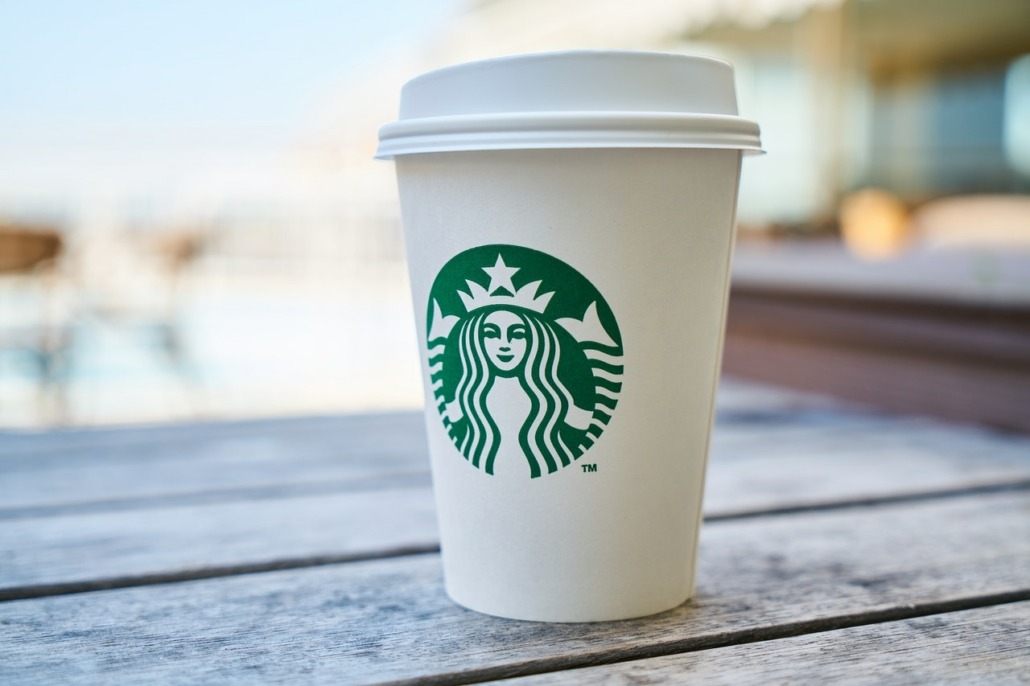 You’ve decided that the trademark registration is the right option for you. You wish to know what the next steps are, or you are unsure on what can be protected, who can be a trademark holder, what does the procedure imply, and what is the amount of the anticipated investment. In this blog post, we tried to answer the most common questions proposed by the clients who contact our law firm regarding this matter, in simple terms and with plenty of examples.

If you have not decided to register a trademark, but simply wish to understand the benefits of a trademark registration, please proceed to 6 Reasons Why Trademark Registration is Crucial for Your Business.

What is a Trademark?

The trademark may be:

PRINCIPLE OF SPECIALTY: TRADEMARK IS ASSOCIATED TO GOODS OR SERVICES

The mere concept of a trademark contains two inseparable elements: the mark and the goods/service which the mark signifies. The connection between these two elements is called the principle of specialty.

Primarily, that means that the mark can be protected by a trademark provided that the goods /services are clearly specified and defined.

What Does the Principle of Specialty Convey in Practice?

Due to the principle of specialty, when performing a search for a mark that you plan on protecting with a trademark, you must also look at the list of goods/services that mark the same or similar mark which has been trademarked. Most people miss this step and give up the desired mark when, for example, they see a similar mark in the national trademark database. This search can be complicated despite the explanations on the website of the Intellectual Property Office of the Republic of Serbia (hereinafter: “IPO”), as well as on foreign websites.

It should be mentioned that the IPO provides the possibility to file a search request with the so-called, trademark search. However, even when you get the search result, it is necessary for someone to analyze it professionally. That is because the report on the trademark database search does not explicitly state: “You can/cannot register that mark.” The analysis is performed with a good knowledge of the IPO‘s practice and jurisprudence regarding questions of the fulfillment of the criteria for registration. In fact, in case you are not familiar with the trademark database search, as well as the results of the solution, you may come to the wrong conclusion, which may negatively impact the process of building your brand.

Finally, we should mention that the IPO states that the data in the report serve merely to inform, and do not represent any opinion or instruction. It is primarily a commercial search, and the essential examination of the similarity between the previously registered mark and the mark for which protection is sought is conducted only after the filing of the official trademark application. 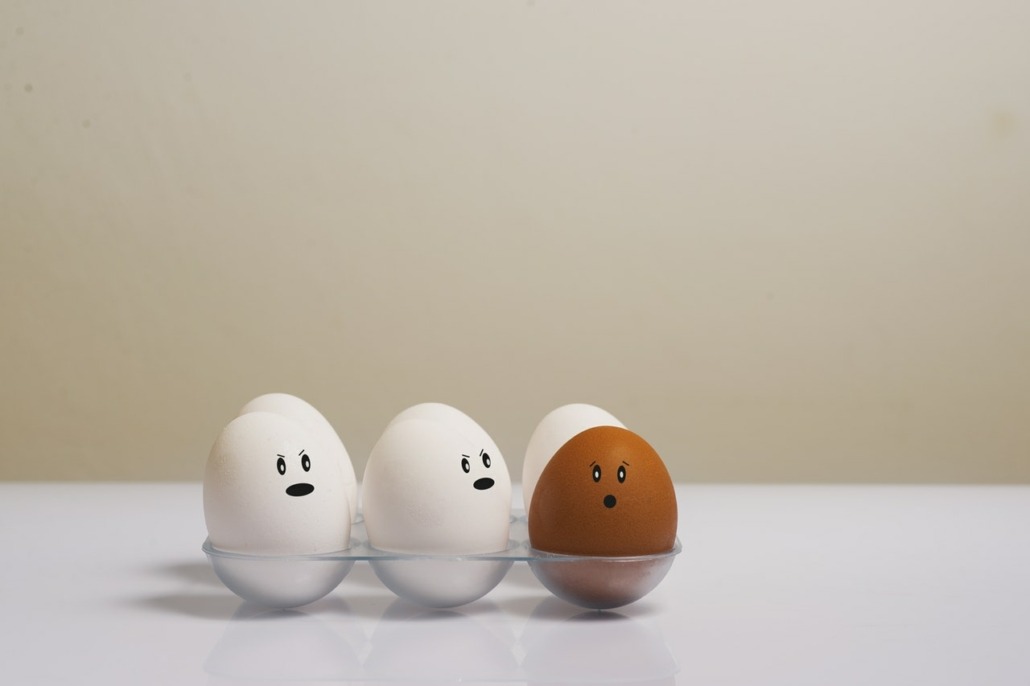 What do the Standards “Similar” & “Different” Mean Under the Law on Trademarks?

In order to illustrate the level of complexity of this matter and the way a particular finesse may determine the right answer, we will list the examples of goods which IPO considers to be similar, i.e., different.

Firstly, to clarify one thing: the very fact that some goods are classified within the same class or broader category does not automatically mean that those goods are similar. For example, cakes and meat are classified in food products, but are not considered similar. Chocolate and juices are also different products, although they are food products intended for human consumption.

On the other hand, all non-alcoholic beverages are considered similar. The same applies to products of rare or precious metals, such as, for example, gold or silver.

The most important criterion for determining the similarity of goods is the purpose of the goods. For example, although footwear and clothing are different goods by their nature, they will nevertheless be considered similar to each other as they have a similar purpose. The same goes for pharmaceutical substances and band-aids – they are considered similar since they serve a similar purpose (they are intended to treat people). Due to the fact that hardware and software serve to perform a unique function (computer operation), they are considered similar, although they are actually not by nature.

On the other hand, gold jewelry and costume jewelry are considered to be competing goods, which makes them similar to each other in this context.

That is paramount to emphasize, as the answer to the question of what is (not) a similar product or service can come as a surprise.

In any event, the similarity of goods/services is analyzed taking into account more criteria, including the nature of the goods/services, their purpose, the way of use, who are current or potential buyers, where is the usual place of sale for those goods and other criteria.

What Can Be Registered With a Trademark?

According to the Law on Trademarks, a mark can consist of words, slogans, letters, numbers, pictures, drawings, color schemes, three-dimensional forms, combination of these characters, as well as musical phrases expressed in music notes, etc. In order to exemplify, we will mention only some of the examples of registered trademarks. 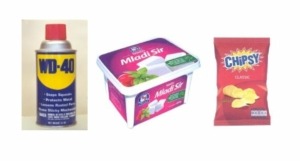 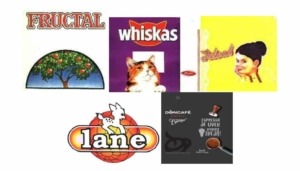 WHAT CANNOT BE REGISTERED BY A TRADEMARK?

Article 5 of the Law on Trademarks stipules what cannot be protected by a trademark. You cannot protect a mark with trademark:

X  which is contrary to the public order or accepted moral principles, for example, slogans containing curses and cuss words;

X  which in its general appearance is not suitable for differentiating goods or services in trade of goods, e.g., ordinary green circle, a regular letter A and the like;

X  which consists exclusively of a three-dimensional shape determined by the nature of goods or forms of goods necessary to obtain a particular technical result or a form which significantly affects the value of goods, for example, a regular key, in no way different from all others;

X  which consists exclusively of labels or data that can be used in trade to indicate the type, quality, quantity, purpose, value, geographical origin, time of production of goods or the provision of services, or other characteristics of goods or services, ULTRACLEAN for classes: 3, 5 MK2;

X  which may be misleading to trade participants by their appearance or content, regarding, for example, types, quality or geographical origin of goods or other properties of goods or services, e.g., picture of peppers on a pickle jar and the word “peppers”;

X  which contains official marks or hallmarks indicating quality control and warranty or imitates them, except by written permission of the competent authority, e.g., ISO standard mark;

X  which is identical to the previously protected trademark for the same kind of goods or services;

X  which is identical or similar, for the same or similar type of goods or services, as a sign of another person known in the Republic of Serbia in the sense of Article 6ter of the Paris Convention for the Protection of Industrial Property (the so-called well-known mark);

X  which, regardless of the goods or services to which it relates, is the reproduction, imitation, translation or transliteration of the protected mark of another person or its essential part, which is undoubtedly known as a mark of high reputation among the participants in trade in the Republic of Serbia (the so-called well-known trademark), if the use of such mark would undermine the gain from the reputation of the famous trademark or would be detrimental to its distinctive character or reputation;

X  which violates copyright or other industrial property rights with their appearance or content;

To illustrate, we also provided examples of rejected applications for trademark registration: 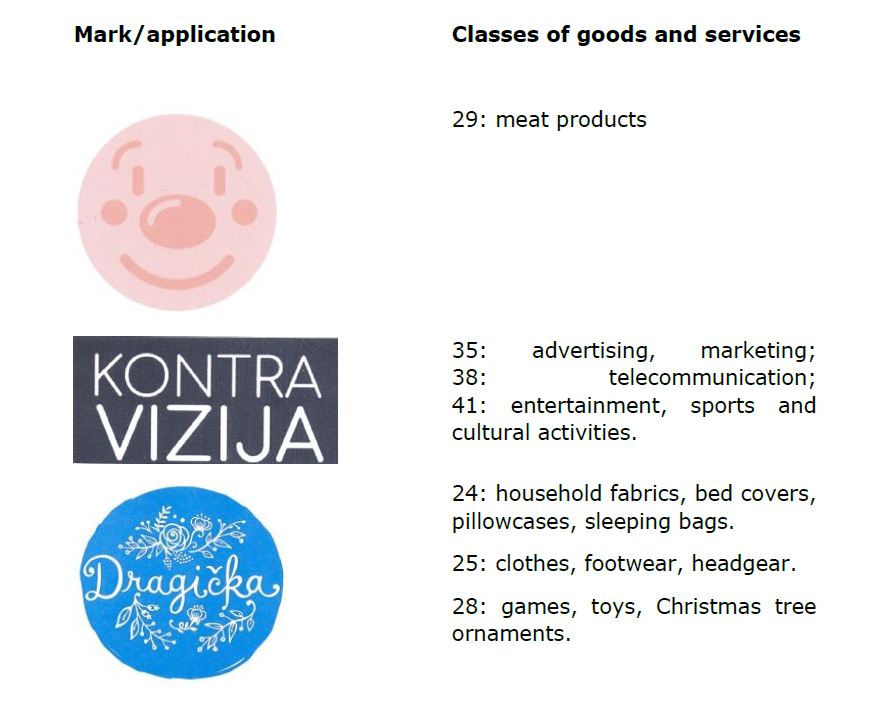 Therefore, there are various reasons why a trademark registration application may be refuted. For this reason, the prior expert search procedure is the most important in the registration procedure, i.e., a detailed investigation of whether the desired mark is eligible to be protected by a trademark. 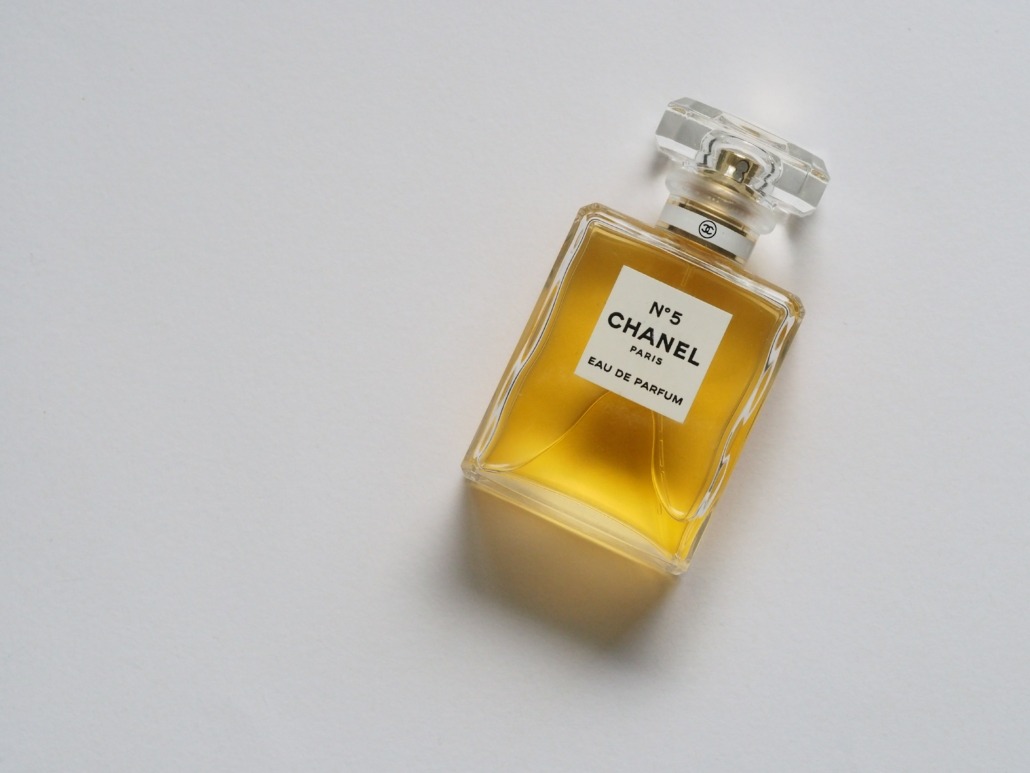 What is a Brand Compared to a Trademark?

A brand is, we can agree, rather difficult to define, bearing in mind that it appears ranging from mark, trademark, to the overall reputation of a particular manufacturer (goodwill). The purpose of the trademark is to protect the entire investment in brand development. For this reason, even though the trademark formally protects only a mark, indirectly, a trademark provides protection not only to the mark but also to the reputation and the brand.

Who May Be a Trademark Holder?

If the trademark is registered to a company, the trademark then belongs to all persons who are members of the company in proportion with their shares. In case the company ceases to exist, the owner must transfer the trademark to themselves as a natural person, of course with the consent of other members. This process may take place in the process of liquidation, bankruptcy proceedings or immediately before the closure of the company, contract and registration in the IPO.

Commonly, if you wish to invest in the value of a company, it is recommended for the trademark holder to be a company so that the value that the mark has as the subject of intellectual property rights remains in the possession of the company.

Amendments to the Law on Copyright and Related Rights