Copyright on Work of Authorship Under Employment 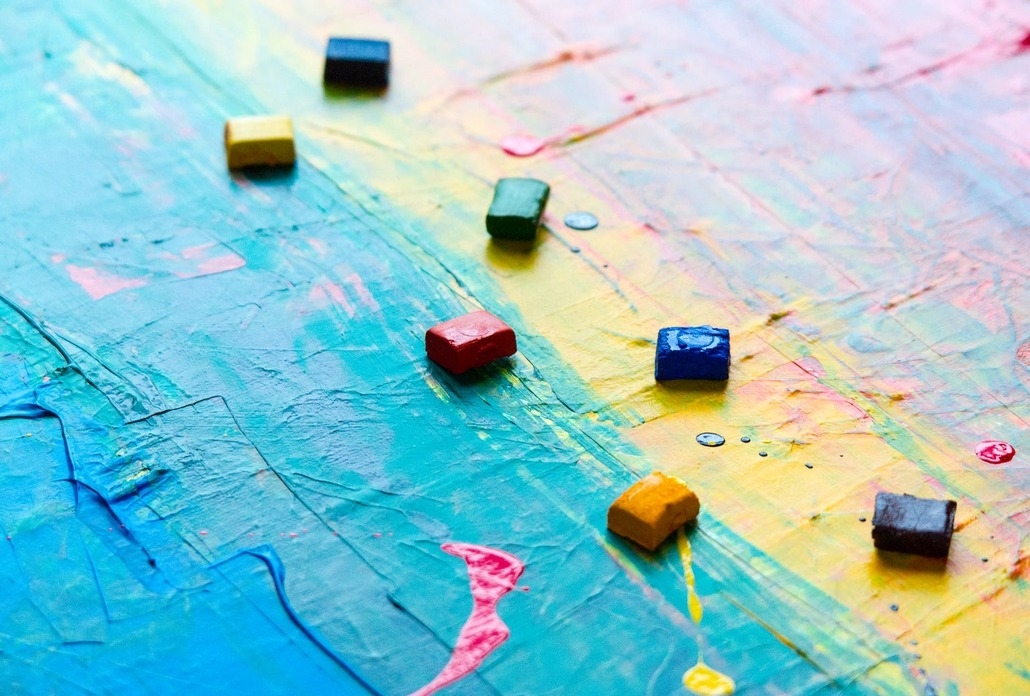 Work of authorship made by employees is one of the most important matters for all employers whose employees can create original works of authorship. What rights does the employer have and what are the rights of employees, who owns that work of authorship, and what is the validity of copyrights, are just some of the questions clients ask us daily. It is important for all employers and employees to have a good understanding of copyright to protect their interests on time. When it comes to the IT sector and software copyrights, particular attention should be paid to the specificities in terms of which this industry differs from others.

Given the reasons above, we wanted to explain the rules that apply in the field of copyright in general, as well as to specifically address the copyright of software developed during employment.

What is an Original Work of Authorship? 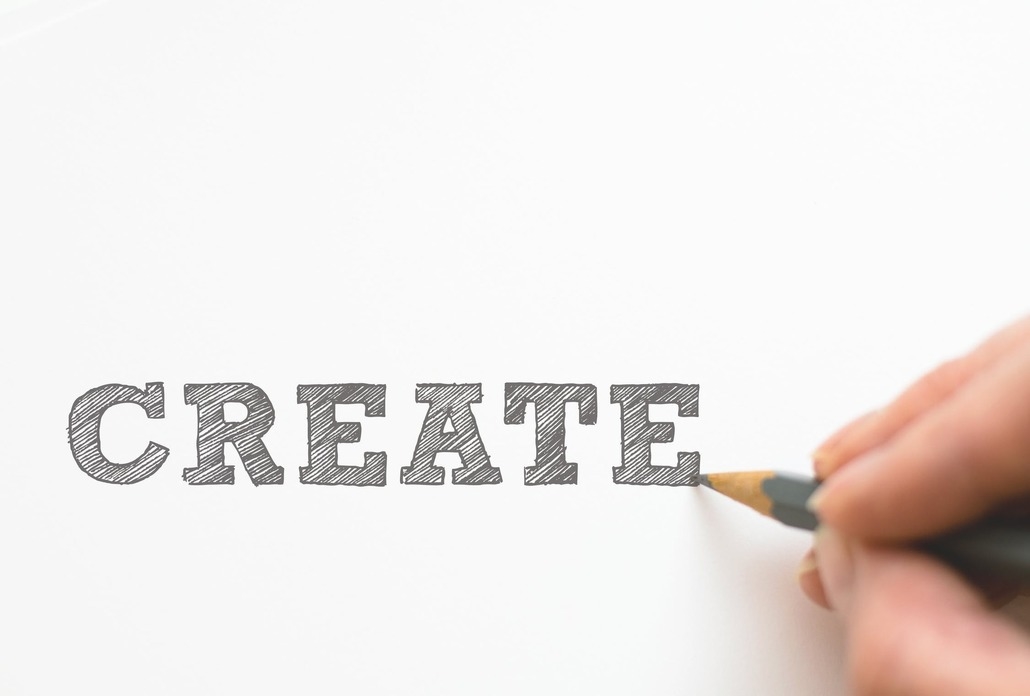 For a work of authorship to exist, there are two conditions that must be met:

Saying that originality does not require innovation in the sense that the work must introduce novelties in that respective area, which is, for instance, an essential feature of patents. Unlike innovation, which is measured by objective criteria, originality is primarily measured subjectively, as to what feelings it evokes in those to whom it is directed (for example, viewers, readers, etc.). Originality is required mainly to protect other authors and works of authorship so that plagiarism does not become the subject of copyright protection, and its creator is the holder of the copyright. For this reason, originality is always examined in every specific case and represents a factual question.

What is specifically implied by the criterion of “originality” is determined through the case-law of each state by applying suitable legal tests. Thus, for example, according to the originality test established by the European Court of Justice in Infopaq International A/S v Danske Dagblades Forening, a work of authorship must satisfy the criterion of being “the author intellectual creation”. The work in question can pass the originality test of one part of the authorship work, such as 11 consecutive words.

Work of authorship exists regardless of its scientific, artistic, or some other value, its contents, size, purpose, and way of manifestation, as well as the permissibility of public communication of its contents.

However, the protection of copyright does not apply to general ideas, methods of operations, procedures, or mathematical concepts as such, as well as principles, concepts, and instructions included in a work of authorship.

What is an Original Work of Authorship?

Copyright and Related Rights Act explicitly stipulates that computer software can be protected by copyright.

The latest amendments to the Copyright and Related Rights Act brought novelties concerning legal regulation of the database. Specifically, the database is defined as a collection of separate data, authorship works, and other materials governed systematically or methodically, which are available separately, electronically, or in another manner. From the database as such, it is important to distinguish the contents of such a base. Exactly because of this, the Act defines that the protection of authorship rights does not include the contents of the database, nor is the protection in any other manner of the existing rights on database content limited. The Act specifically foresees that database protection that is available electronically will not include computer programs that were used for its creation or its use. However, not every database will enjoy protection as a work of authorship, but only the one that meets the basic criterion – originality.

You can find out more regarding authorship and related rights here.

When Is an Original Work of Authorship Created? 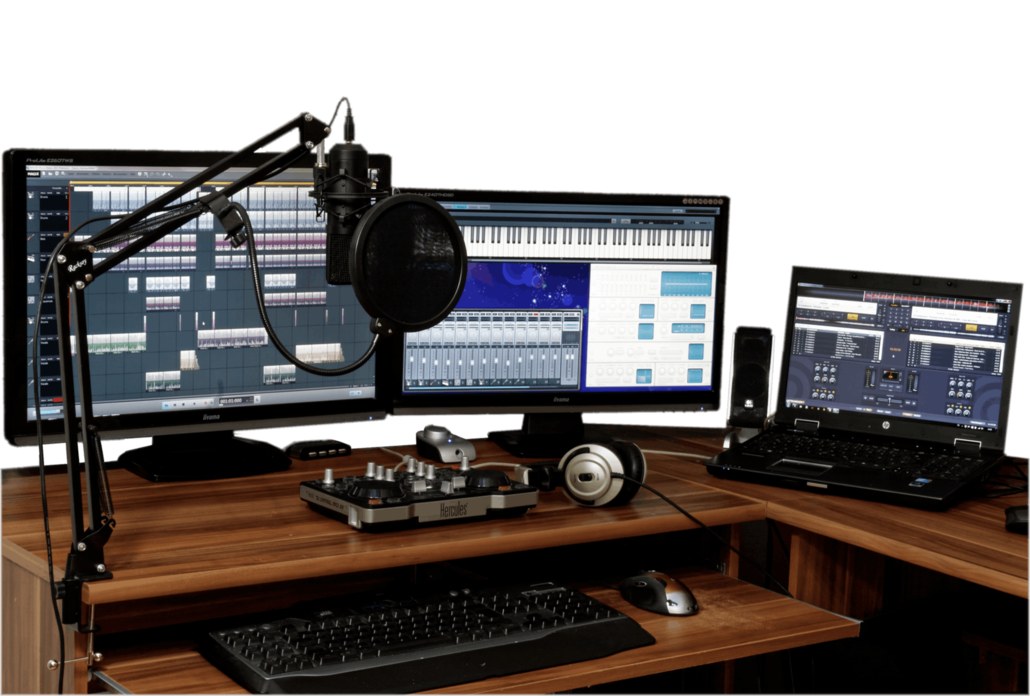 Therefore, for the author to enjoy copyright, it is not necessary to fulfill any formal requirements such as the publication of a work, its registration, or public communication in any other way.

Pecuniary rights allow the author to commercially exploit their work, which means that they can, among other things, reproduce the work, place in circulation copies of the work, rent copies of work, broadcast the work, etc.

Is Depositing Works of Authorship Before the Intellectual Property Office Necessary?

Bearing in mind that the work of authorship represents the author’s intellectual creativity, only a natural person can be the author of the work. Therefore, a company that hires workers can not be an author. Namely, the idea of works of authorship is that the author leaves their personal mark on the work they created.

However, the author does not have to be the holder of all copyrights on that work. Transferable copyrights may be transferred by: 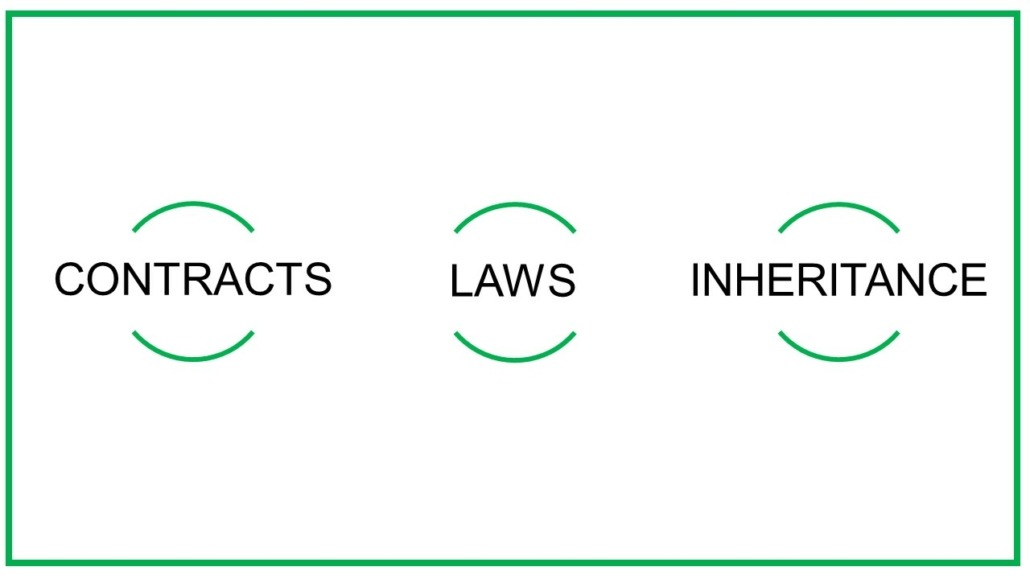 If an author has created a work as an employee in the performance of his duties, some of the copyrights on that work belongs to the employer according to the law itself, unless otherwise provided by a general regulation or employment contract.

What is a Work of Authorship Under Employment? 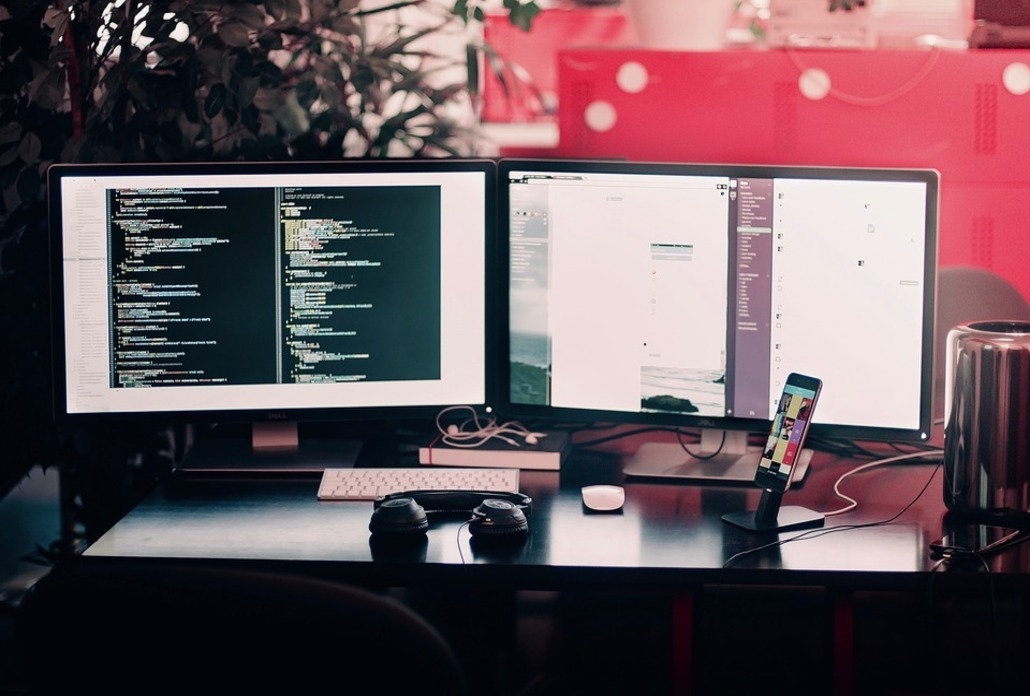 For the employer to hold the copyright on the work of authorship, such work must be created within the employment.

However, the final answer to the question of whether a work of authorship belongs to an employee or an employer will depend on the particular situation. This can be seen from the case-law of far more progressive legal systems in the field of intellectual property, as is the case with Great Britain.

Namely, in the Software v. Magee case [1], before English courts, the question arose whether software that was created by an employee outside work time and on their equipment was created under employment or not. A company that sued their employee claimed that the employer was the holder of the right to software, even though the employee created the software in their spare time, bearing in mind that this software belonged to the same type of software that he was hired for during his employment relationship. The court adopted the company’s arguments and ruled that the employer is the copyright holder of the software.

What Rights Does an Employer Have as a Copyright Holder?

If an author i.e. an employee has created a work of authorship within employment, the employer is authorized to disclose such work and to hold exclusive pecuniary rights on its exploitation within the scope of the employer’s registered business. This employer’s right is valid for five years from completion of that work unless provided otherwise by a general regulation or employment contract.

However, upon the expiration of a 5 years period or the period defined by a general regulation or employment contract, the author shall acquire the exclusive pecuniary rights on the work.

Hence, if you are an employer and want to reserve exclusive pecuniary rights to a work of authorship, you need to correctly define this in the employment agreement or general regulation.

The law provides an opportunity for the employer to enter a clause regulating employment-related relations with their employee, by which the pecuniary rights of the employee as an author of the work created in the labor relations will be regulated differently than the manner prescribed by the law. In this way, the employee can permanently transfer all the exclusive pecuniary rights to their employer. Thus, the employer removes the possibility that their employee, after five years from the commencement of the work, enjoys all copyrights instead of them and thus suffers economic losses, which could happen, if such a clause did not exist.

Furthermore, depending on the outcomes of the work’s exploitation, the employee as the author of the work is entitled to a special remuneration, which is determined by a general regulation or employment contract. However, there is a possibility that the employer prescribes that this kind of compensation will not be paid to their employee by the indicated acts (employment agreement or general regulation).

When using a work created by an employee, the employer should quote the author’s name, pseudonym, or mark.

These rules refer to works of authorship that have been created within the scope of the employer’s registered business, while in other cases the holder of both pecuniary and moral rights is an employee. However, an employer may hire a person based on a service contract, specifically based on a copyright contract for jobs outside their registered business. By the contract of commissioning a work of authorship, as the type of copyright contract, the author undertakes to produce a work of authorship and to hand it over to the commissioning party, and the commissioning party to receive that work and pay him the agreed compensation. In this way, the employer can acquire all pecuniary rights even to a work that is not the result of his registered business.

Computer Program and Database as Works of Authorship 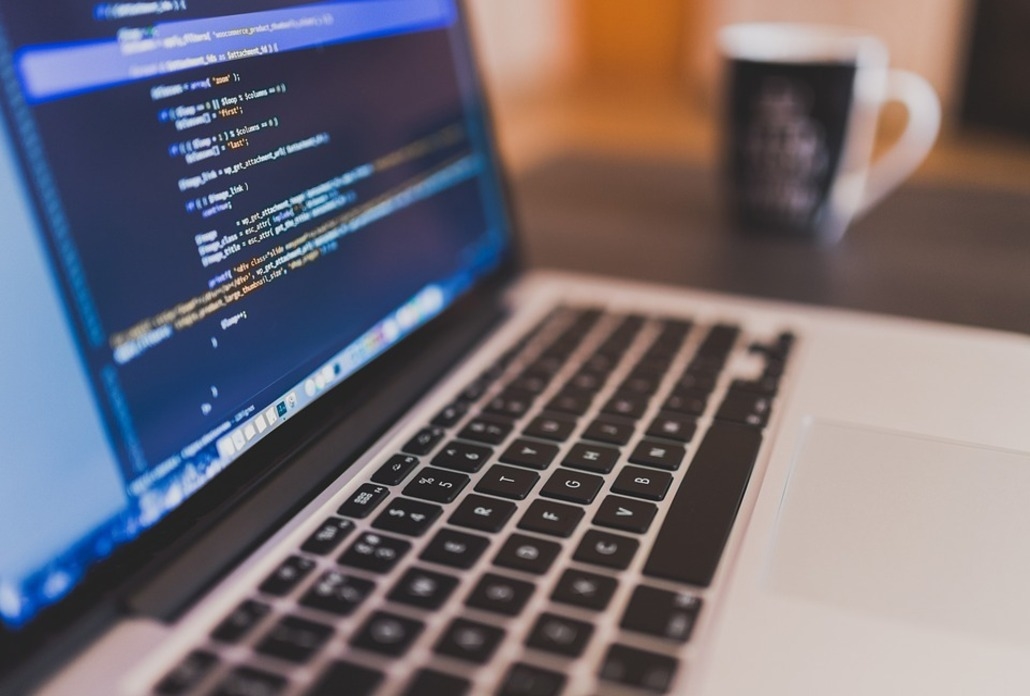 The exception to the rule that employees acquire exclusive pecuniary rights after the expiration of a period of five years is the computer programs as well as a database created by an employee who has performed their work duties with the employer or by the person engaged by the company as an independent contractor (e.g. an entrepreneur who has created a computer program based on a contract of commissioning a work of authorship).

Namely, in this case, the employer is a permanent holder of all pecuniary rights on a computer program, and database unless provided otherwise by an employment contract.

Therefore, if an employee desires to negotiate different conditions, it is necessary to enter a clause into the employment agreement that regulates this matter differently. Otherwise, a legal provision will apply that fully benefits the employer, in contrast to other business activities.

However, it should be noted, that the exception provided for by the law applies to the scope and duration of pecuniary rights. Also, it should be taken into account that by the Act stipulates that the authors of the computer program and database have the right to a special compensation if it was foreseen by the agreement (not the employment agreement nor general regulation). Accordingly, for the IT sector too, the legal regime applies, according to which the employee as the author of the work is entitled to a special remuneration, provided that it is determined by the agreement.

For this reason, it is necessary for IT companies to define whether they will pay this compensation to their employees as the author of the work in their contract and to decide what will be the amount, if they opt for such compensation.

Does the Employer Have the Right to Exploit the Computer Program Without Limitations?

The law stipulates that the licensing of pecuniary rights may be either exclusive or non-exclusive.

In the case of non-exclusive licensing of pecuniary rights, the licensee shall be authorized neither to prohibit somebody else from exercising the copyright nor to license their right to somebody else. If the contract does not state whether exclusive or non-exclusive licensing is implicated, concerned licensing of pecuniary rights shall be deemed to be non-exclusive. This means that the person who acquired the pecuniary right from the author, and in this particular case, the employer from their employee, may transfer this right in its entirety to another person, i.e. economically exploit it only with the permission of the author, and in this case the employee.

In the case of exclusive licensing of pecuniary rights, only the licensee can be authorized to exploit the work of authorship in the way stipulated by the contract, as well as to license such rights to somebody else, with the author’s or their successor’s special permission. The right a licensee transfers to others is not a non-exclusive right unless otherwise is provided by the contract.

For this reason, the employer shall pay particular attention when deciding on mutual rights and obligations between them and the employee and in the employment contract necessarily enter a clause that acquires the exclusive pecuniary right on the computer program.

How to Use the Obtained Computer Program? 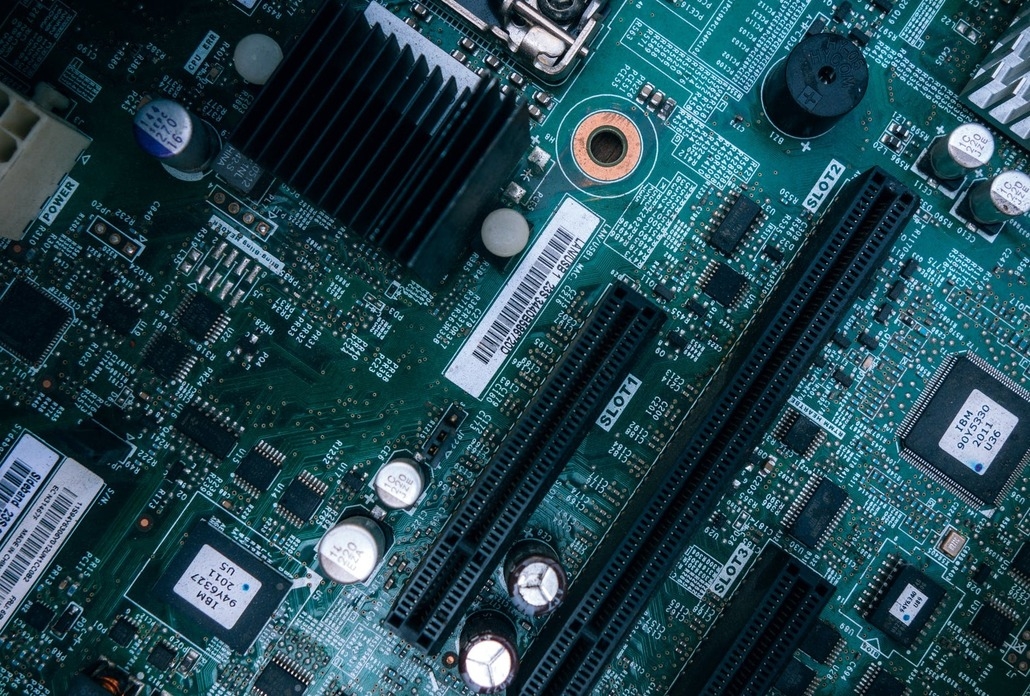 eTrustmark Day 5 – Tijana Žunić Marić on the Novelties that the New Law...