Divorce in Serbia – the Complete Guide

Divorce is not one of the most pleasant life situations. Although it is often difficult to take control over your emotions, it is of paramount importance for all the steps you take be guided by reason. That’s why it is very important to know which options are at your disposal. We will try to provide answers in this blog post to those questions our clients ask most frequently and which we come across repeatedly in practice. 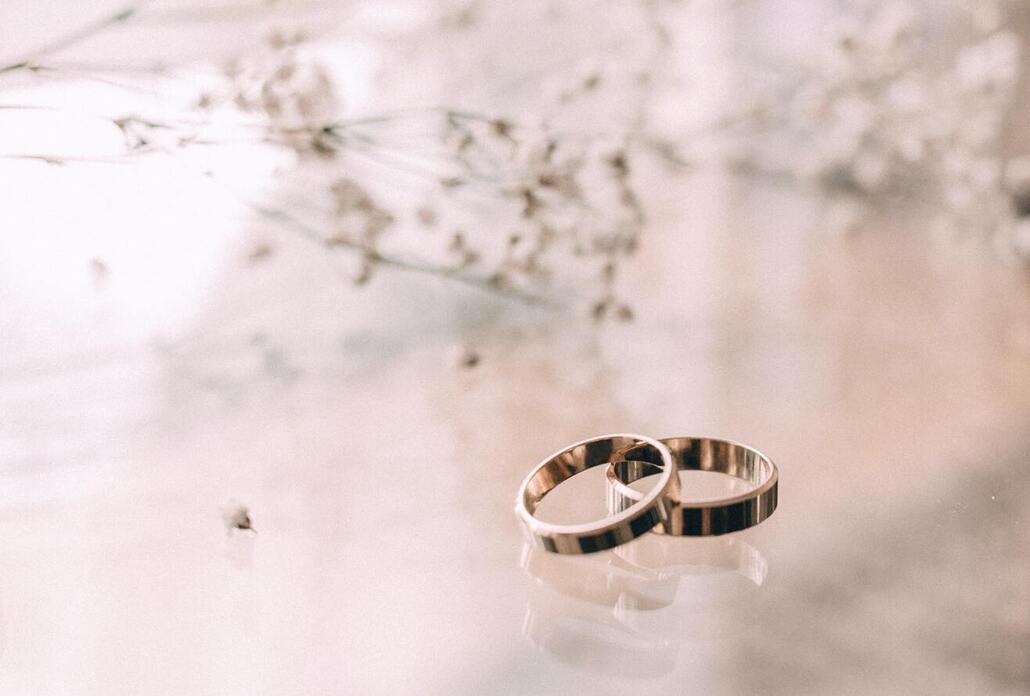 How to get a divorce in Serbia?

This is the first question that every person asks themselves when they decide to take such action. From looking at examples of your neighbors or family, it looks like a complicated procedure. But looking at it from the legal aspect, it is nothing like that. Namely, the only culprit is usually the relationship between spouses, i.e. the fact that it is a relationship that is intertwined with various emotional attachments, so in that sense, for many people, it is difficult to leave the emotions aside.

There are only two ways to end a marriage. The first is an uncontested divorce that requires spouses to agree on all matters of importance for the divorce, and the other option is a contested divorce, in the case when spouses cannot agree on divorce or most important issues.

If you had certain doubts about how to get a divorce, pay attention to the most important steps regarding divorce. This blog will present the main characteristics of both uncontested and contested divorce.

Since marriage is concluded by a free, consensual, declaration of will of two parties who wish to enter into marriage, it is expected that the divorce can end in the same way, by uncontested divorce. The basic criteria of an uncontested divorce are the consent of spouses to divorce, as well as consent on all, important personal, family relations, and property. So, if there is an agreement on all important elements, the spouses may divorce by concluding a written agreement.

What does the divorce agreement include: 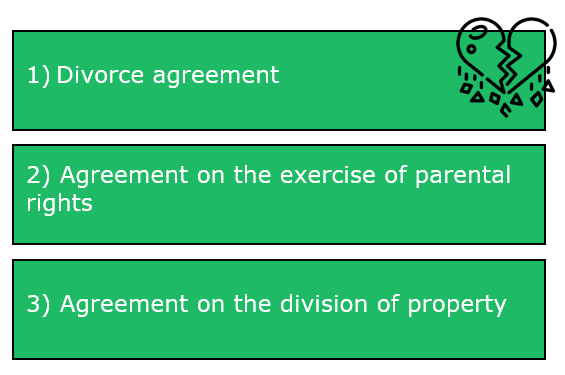 In their uncontested divorce proposal, spouses should agree on the exercise of parental rights (in case they have underage children together) and on property division. So, the legislator encourages the spouses to consensually regulate the two most important aspects of their relationship, after their life together stops, in order to divorce peacefully, without excessive expenses and draining court proceedings.

This possibility in Serbian legislation is an effort to preserve the most stable environment for the child after the divorce of the spouses, and the outcome of the most important principle in family matters, and that is the best interest of the child if in a particular case, it is the joint exercise of parental rights.

When it comes to the joint exercise of parental rights, the spouses agree to perform parental rights and obligations together. The focus is put on the spouses’ free will to agree to exercise their rights and obligations together, or consensually equally, in a manner which would suit the child’s needs the best, in accordance with its best interests. What is interesting is that the court does not have to adopt the parental agreement on the exercise of parental rights if it considers that it does not correspond to the best interest of the child, but can regulate their relationship differently.

A second possibility during drafting a proposal for an uncontested divorce is sole parental custody, which supposes that parental right is exercised only by one parent. If they opt for sole custody, spouses must agree on which parent gets the trust of the child they have together, the amount of the contribution for child support paid by the other parent, and the manner of maintaining a personal relationship with the other parent. 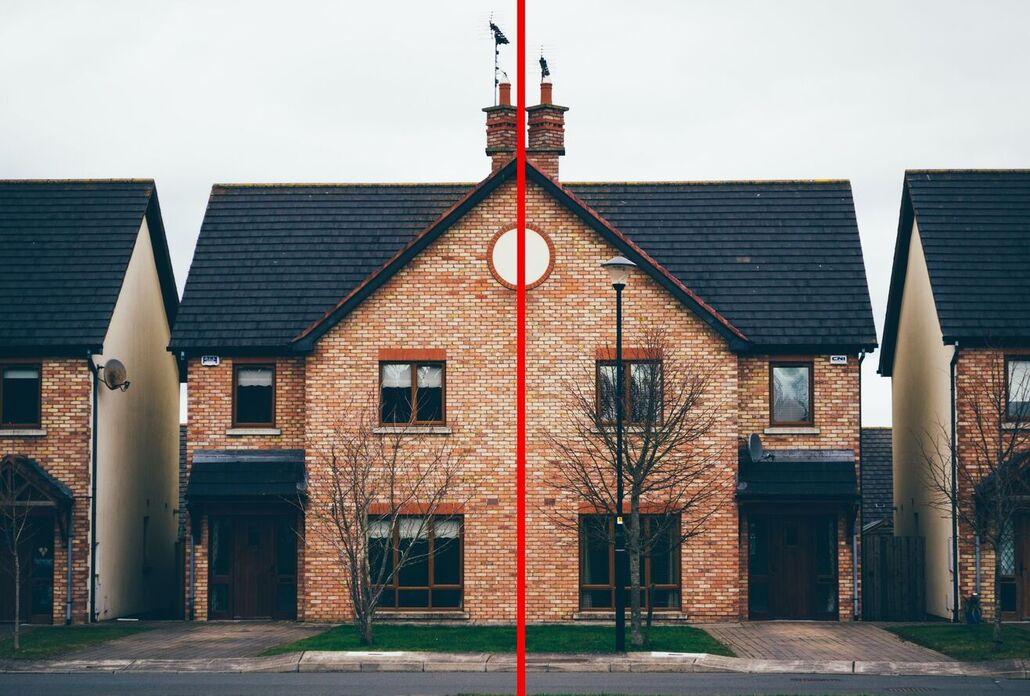 So, if the couple does not have children, the proposal for an uncontested divorce supposes the consent about divorce as well as agreement upon joint property division.

However, when the marriage is no longer working, property relations are often a stumbling block, which is frequently an obstacle to an uncontested divorce.

Thus, we always recommend our clients to conclude a (pre)nuptial agreement before getting married. The saying: the person you marry and the person you divorce are not the same, is there for a reason.

Duration of the uncontested divorce proceeding 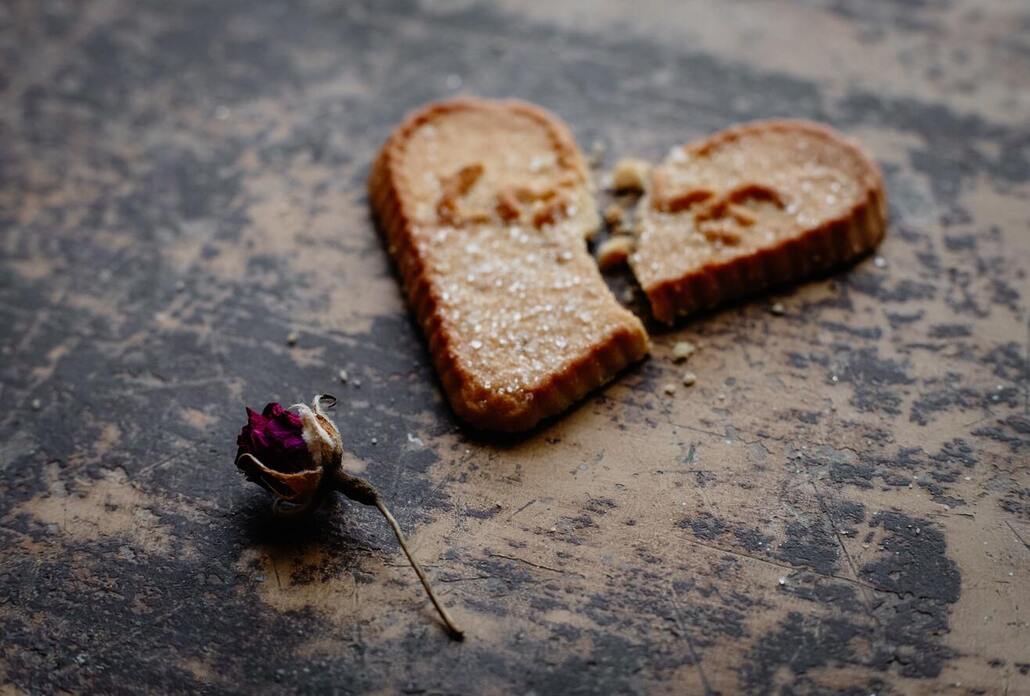 A contested divorce is quite unpleasant since it shows that the relation between the spouses is so disrupted, that objectively speaking, there is no way for them to even agree on how they want to separate. Thus, in case when you can’t manage to come to an agreement and to divorce your spouse in an uncontested way, a contested divorce is the only remaining solution.

When it comes to permanently affected marital relations, each spouse has the right to file a divorce lawsuit, by themselves or by hiring an attorney. The attorney needs a special power of attorney, in order to represent the party in the contested divorce proceeding. If you are wondering where to file for a divorce, we recommend you read our blog on FAQs about divorce in Serbia.

The goal of mediation is to avoid contested divorce litigation, which is stressful, draining, both emotionally and financially, and usually lasts longer. The third party who impartially approaches the problem between spouses is called a mediator, and it presents the best way to please both parties and reach an agreement that best suits the parties’ will.

Mediation as such, has an extremely important task, especially when it comes to divorce, where the matter of parental rights has to be regulated when spouses have had children during the marriage. However, if one of the spouses does not agree to mediation, there is no way for a court to force them to do so, meaning that in that case, contested divorce continues.

It is important to point out that in family relations, each proceeding is urgent if it involves a child or a parent who exercises parental rights. The principle of urgency is characteristic of family litigation where, by law, the intent is to solve the legal matters within the family. It is also foreseen that in these matters, the contested proceeding between spouses who had a child during the marriage is finished in no more than two hearings. Of course, the said duration is only an instruction to courts since there are no sanctions even if the proceedings last for years.

The second characteristic of contested divorce (and generally speaking, proceedings regarding family relations) is the investigative principle. What does that mean?

Namely, unlike other litigation proceedings where the court decides solely upon the facts which are the issue between parties, only based on the proof the parties themselves have provided, when it comes to family litigation, the court has a controlling and investigating role, so they can investigate whether the facts the parties have stated are relevant, as well as to determine the facts which are relevant based on the proof which is brought into the proceeding on their own initiative.

Decision on parental rights in a contested divorce proceeding 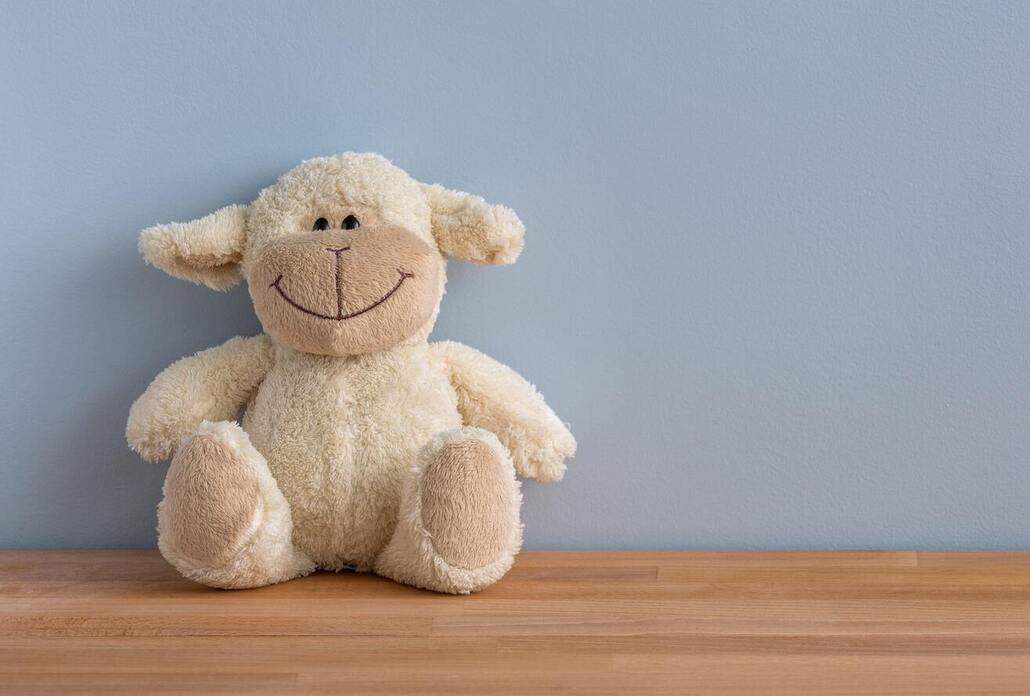 Can the heirs ask for a parent’s divorce?

A contested divorce is characterized by the fact that the divorce is not inherited. However, if the spouses have started a contested divorce proceeding during the marriage, the heirs can act instead of a spouse in order to determine whether there were grounds for divorce.

In other words, the right to contested divorce (as well as a proposal for an uncontested divorce), belongs only to the spouses. If one spouse dies, the marriage is already over, so when it comes to divorce proceedings that were not legally finalized, there is no need to finalize them. However, the heirs have the option to continue the proceeding and to act in place of one spouse in order to prove the grounds for divorce. In most cases, the heirs do it in order to regulate their own inheritance.

The costs of a court proceeding and duration of divorce litigation

From the financial aspect, in both types of divorce, besides hiring a divorce attorney, it is important to keep in mind the court’s fees for divorce. In case of an uncontested divorce, each party pays a court fee amounting to 2,660.00 RSD, while when it comes to contested divorce, the plaintiff pays the tax fee and the verdict fee in the total amount of 5,320.00 RSD. Since contested divorce lasts longer, and it is necessary to take more actions, it is clear that contested divorce costs more. One hearing is held to hear the disputing parties out, one for the delivery of the Report by the Center for Social Work in regards to the manner of exercising parental rights on underage children, while the remaining hearings are left for providing proof regarding the amount of underage child support, which shall be paid by the parent who does not have the parental right, as well as other proof that is necessary.

Division of property in a contested divorce 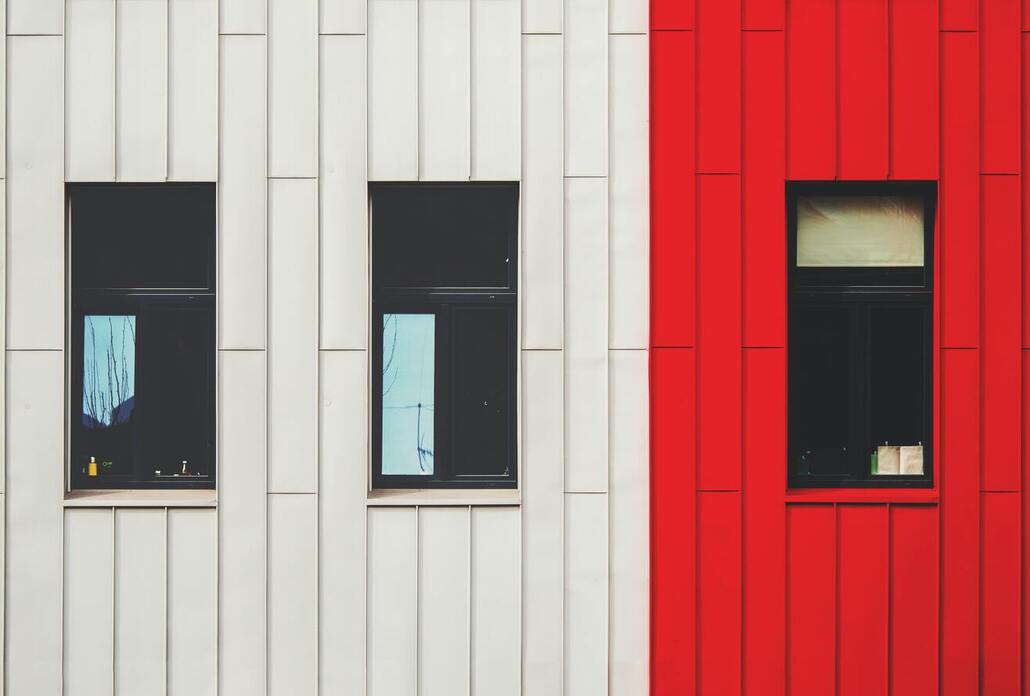 On the other hand, community property is the property that the spouses acquired for the duration of the marriage.

So, for something to be considered community property, it is necessary to be:

The legal presumption is that the shares of the joint spousal property are equal. However, the spouses are given the opportunity to challenge this division in a special litigation proceeding, especially if one of the spouses invested a part of their separate property or inherited or acquired money through the sale of an inherited property into their community immovable property, as well as when the contribution of that spouse to the community property is more substantial. It is only when the percentage of the exact share is attributed to spouses, i.e., the share when the division occurs.

There are certain particularities when it comes to the division of spouses’ items for personal use, items for the child, items for crafts or occupations, and household items, which are determined in each particular case.

As we have previously mentioned, since the biggest misunderstanding between spouses in practice occurs because of property division, the option to prevent this and avoid long court proceedings is to conclude a (pre)nuptial agreement when the relations between partners are still harmonious. In that way, you are regulating all possible situations in advance, so that the possibility of a dispute occurring during the divorce is minimized.

Marriage is not easy, even when it has an international element, and it is specifically hard when it comes to international marriage.

Marriage concluded with a foreigner can lead to a number of legal complications which can make the divorce a lot harder. The basic questions which are then asked are:

When the answers to those questions are found, a number of other questions arise – who shall exercise the parental rights on joint children, where will the children reside, how will the child support be determined, how will the property be divided, what constitutes a joint property acquired during marriage, etc. So, in situations when an international element exists, it does not necessarily mean that the divorce will be before a court in Serbia, and by application of the Serbian law.

Bearing in mind that it is common that after the life together is over, one of the spouses wishes to return to their home country, the separation raises questions such as the application of the Hague Convention on the Civil Aspects of International Child Abduction (Hague Convention) or the application of the European Convention on Recognition and Enforcement of Decisions concerning Custody of Children and on Restoration of Custody of Children. The spouses have to inform themselves on all of these questions before taking any action, in order to find the best solution in the given circumstances for themselves, their children, and their property.